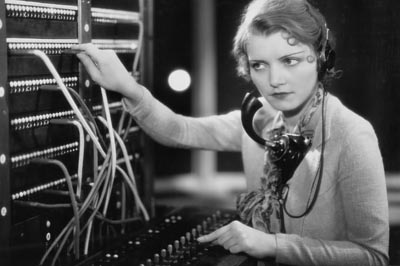 Proprietary cookieless identifiers  – seems like everybody’s got one these days.

“It’s obviously reactive to the impending demise of the cookie,” said Mark Connon, general manager of Experian-owned Tapad, which launched a product on Tuesday called Switchboard that aims to make the growing multitude of cookieless IDs interoperable with each other.

Switchboard is a module that exists within the Tapad identity graph and uses machine learning to find connections between these newer IDs and more traditional digital identifiers, such as first-party cookies, mobile device IDs, connected TV IDs, IP addresses and hashed emails.

Tapad’s partners at launch include Unified ID 2.0, ID5’s Universal ID, Lotame’s Panorama ID, the BritePool ID, Retargetly IDx and the Audigent Halo ID. The plan is to keep on signing up new partners and layering in new IDs as they come out of the woodwork.

It’s “critical for our industry to build scale around a handful of globally adopted IDs,” said Mathieu Roche, CEO and co-founder of identity company ID5.

Without interoperability, scale goes out the window.

But rather than creating some sort of master ID for brands to transact on, the idea here is to give publishers the flexibility to use multiple identifiers from different providers, Connon said.

The concept is quite similar to how Tapad’s graph functions today. Brands or publishers share their consented identifiers with Tapad, which the vendor uses to associate IDs together.

“We’ll use some of the same techniques we’ve always used but with added layers of security, like encryption, in cases where it’s necessary, since we’re dealing with different flavors of ID,” Connon said.

As cookies disappear and cookieless IDs become the norm, Tapad’s graph will be ready to support them.

Until then, more IDs will create more fragmentation.

“It’s not a bad thing that so many companies are looking to provide solutions – an absence of solutions would mean an absence of innovation, and the ecosystem needs innovation right now,” Connon said. “But they do create a fragmentation challenge.”

A big investment area for Tapad over the past few years has been in AI and machine learning technology to enable probabilistic correlations and connections.

It’s a bold move, considering that the line between probabilistic and fingerprinting isn’t one that’s recognized by the big browser makers and platform companies.

But Tapad does draw that distinction.

“We don’t use fingerprinting,” Connon said. “We’ve only ever made linkages between known IDs, like cookies and device IDs, rather than creating IDs based on attributes, and we only do it with consent.”

Tapad was acquired by Experian in November of last year for roughly $280 million. It continues to run as a standalone entity, and has yet to release any products with its parent company, although there are “a number of opportunities and products” in the works that will take advantage of their respective technology assets, Connon said.