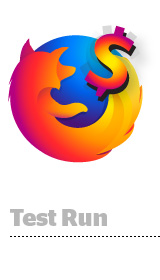 Firefox is starting to block third-party tracking by default, which will throw a wrench into the business model of any company that relies on cookies.

But that doesn’t mean Firefox doesn’t care about how this change affects the bottom line – especially its own.

Beyond the normal usability testing done before rolling out a new product or feature, Firefox has been testing a small subset of users – fewer than 5% of its base – to determine how disabling cookies through Enhanced Tracking Protection (ETP), Firefox’s version of Safari’s Intelligent Tracking Prevention, will impact Firefox’s main revenue stream.

The Mozilla Corp., the for-profit arm of the Mozilla Foundation, which developed and now funds Firefox, gets most of its revenue through global browser search partnerships. That includes a big one with Google – and Firefox wants to ensure nothing messes with that.

Mozilla receives a percentage of ad revenue anytime someone uses the built-in search engine provided by Firefox. In 2017, the Mozilla Corp. generated $542 million from a mix of royalties, subscriptions and advertising revenue, according to its most recently available annual report.

“As a corporation backed by a single nonprofit shareholder, the Mozilla Foundation, we are uniquely able to put mission value above product,” Peter Dolanjski, the desktop product lead for Firefox, told AdExchanger. “Nonetheless, revenue tests like this are important to ensure we make an informed decision about a feature launch and understand the potential impact on other projects we may want to fund.”

Specifically, the goal of the test is to gather more information on how ETP impacts revenue generated by new and existing Firefox users, according to a public posting on Mozilla’s bug tracker forum. Firefox developers and engineers use the forum to discuss potential issues related to whatever they’re working on.

The hypothesis is that the negative revenue effects from cookie restrictions could be most noticeable for new users, but that ETP won’t change the user experience enough to cause significant churn among Firefox’s existing base.

Because the test is “ongoing,” Dolanjski declined to share results, but it seems clear that killing third-party cookie tracking won’t endanger Firefox’s search or advertising revenue all that much, otherwise it wouldn’t have announced its plan in June to make tracker blocking the default for all new Firefox users. ETP will become the default for all existing Firefox users at some point this summer.

“You can infer from this that if third-party tracking gets killed, Google’s search ad revenue is not meaningfully impacted,” Tori said.

The same can’t be said, however, for retargeters and other ad tech companies that base their business on cookies and cross-site tracking.

But it’s long been Firefox’s stance that publishers and users get “a raw deal” in the current online advertising ecosystem, and that third-party cookies open the door to everything from data leakage to ad fraud. Instituting anti-tracking tech gets to the root of the problem, Firefox says.

“Generally, Enhanced Tracking Prevention makes it harder to track users across sites and to build a third-party targeting profile based on browsing activity,” said Firefox’s Dolanjski. “This means that targeted advertising that depends upon those third-party profiles may see a greater revenue impact.”

Yet, the situation “isn’t really so black and white,” noted one online advertising expert who isn’t authorized to speak on the record.

While Firefox is doing what it can to work with publishers and users to ensure an appropriate and positive value exchange, and “that’s a very good thing,” one “could also say there’s a small amount of hypocrisy here.”

“They’ve been very careful to make sure their own revenue is not impacted,” the expert said. “I guess it all boils down to: ‘They care about privacy, but, in a way, they’re also just like us.’”