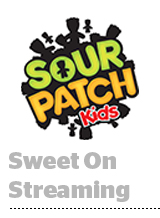 Twitch has become a go-to spot for CPG product launches, as brands embrace the platform as a way to reach young people and run attribution case studies for online gaming.

In one fresh example, a new custom pack of Sour Patch Kids had its debut this week in partnership with the Twitch streamer TimTheTatman. The activation offers Sour Patch Kids a social engagement that is also highly data-driven, according to Mili Laddha, international associate director of marketing for the Mondelez candy brands.

“Twitch is a place where Sour Patch Kids can not only reach our Gen Z fans, but also connect with them,” Laddha said. “This program will continue to build the Sour Patch Kids data-driven marketing approach by building CRM efforts through product purchases [and] creating opportunities to remarket to interested consumers.”

In other words, growing an audience through promotional live streams doesn’t just feed into a brand’s follower count; it creates a retargetable audience. And to purchase the new Sour Patch Kids product, the brand is also offering Bits (Twitch’s internal currency, which gamers use to buy things or tip their favorite streamers) as a reward.

Sour Patch Kids is following in the footsteps of Chipotle foods, cosmetics brands and even the car brand Honda, which debuted its new Civic prototype exclusively on Twitch.

Chipotle introduced quesadillas to its menu earlier this year via a Twitch sponsorship. “With that, we could definitively attribute a certain rise in foot traffic and ecommerce (to the campaign),” Perdue said.

Chipotle has increased its investment in gaming sponsorships and digital paid media since 2019 – Chipotle ran its first Twitch streaming tournament last year, and will host four this year. This increase has coincided with a dramatic rise in the company’s online and app-based sales. The burrito brand had 8% ecommerce sales in 2018, when Perdue started. Going into 2020, that number was about 18%. Now, half of Chipotle’s sales are online.

A golf tournament sponsor, for example, might use a mar tech vendor to determine for how many minutes of the broadcast the brand was visible, and whether the brand was discussed on other social channels.

“What attracted us to the world of gaming from our media studies is that this is an audience that is not multitasking,” Perdue said. “It’s amazing, but we have a three-hour tournament, and people stay the whole time and are completely immersed in it.”