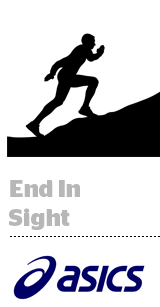 Footwear brand ASICS is running out of patience with shoddy viewability measurement.

One of the biggest issues is that if impressions are purchased on a CPM basis and viewability is measured on page load, advertisers end up buying lots of ads that never have the opportunity to be seen when users bounce or don’t scroll far enough down the page.

And that means impressions usually cost far more than you’d think from looking at the sticker price, said Bryant, who’s been championing a move away from CPMs toward viewable CPMs (VCPM).

Through an integration with Moat, Teads offered advertisers the ability to transact on VCPM and cost per completed view based on whatever duration they chose up to 30 seconds. Advertisers are only charged if their ads are 100% viewable, and anything below the desired viewability threshold is considered free media.

Rather than creating a viewability score based on measuring impressions in aggregate, which is how it’s usually still done today, Teads measures the viewability and duration of each impression.

These custom viewability lengths combined with buying VCPM “levels the playing field across programmatic media and across all of our different partners,” Bryant said.

“It also allows us and our agency buying teams to know the true cost of that inventory vs. traditional publisher-direct buys,” he said.

“We’re pushing internally toward a VCPM model in general at ASICS, especially as we think about cost efficiencies,” Bryant said. “At the same time, I’m also completely okay paying a higher price for better inventory – I’m not trying to spray and pray the entire internet with our ads.”

But not all advertisers are so willing to give up their low-cost CPMs, even if they’re not based on reality.

“People inside the organization might start asking, ‘Why are we paying more for media now than we did a few years ago?’ and the answer is, ‘Because you’re buying higher quality inventory,’” Bryant said.

The smarter move is to track return on ad spend and other performance metrics rather than making buys based on historical CPMs. “That’s when you know what you’re buying is worth it,” Bryant said.

Worth it, but still not the end all be all. Viewability is just the beginning, Bryant said, a “hurdle we have to get around” before getting to the meat.

“High viewability is what you need before looking at things like engagement rate, attention rate, channels strategies based on engagement,” he said. “But all of this analysis is only possible when you’ve got a clean, quality data set.”