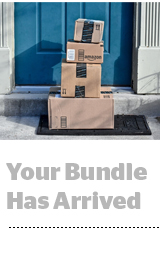 Amazon is simplifying its ad products by bringing everything under one umbrella called Amazon Advertising.

The move won’t change how the products function or how advertising division personnel are organized. But the madhouse of acronyms – Amazon Advertising Platform (AAP), Amazon Media Group (AMG) and Amazon Marketing Services (AMS) – is no longer being used, as of Wednesday.

Under the new naming structure, all advertising technology now exists under Amazon Advertising.

And the managed service team that once made up AMG is now consolidated within Amazon Advertising.

Other Amazon Advertising products include metrics for video and display ads, campaign results and stores, where merchants can build their own ecommerce website within the Amazon environment.

Amazon said it rebranded its ad products in the interest of simplification. Certainly, it’s not the only major walled garden doing so – Google rebranded its advertising solutions in June, ditching the 22-year-old DoubleClick brand.

Google believed that in simplifying its naming structure, it could get more clients to use more of its products together. Is Amazon similarly motivated?

But an Amazon spokesperson told AdExchanger that advertisers are already using the full breadth of its offerings, which is why it makes sense to simplify its branding.

That Amazon is simplifying the organization of its ad products indicates maturation. Many marketing and ad stacks – from Google to Adobe, Salesforce and Amazon – were not conceived as whole stacks but were individually acquired or developed, based on client needs.

So many products in early-stage ad stacks have duplicative functions and confusing names that hearken back to their web 1.0 origins. Does anyone really double-click on anything anymore?

But advertising, once an afterthought for Amazon, is becoming more central. When it announced its Q2 earnings in July, Amazon revealed that its “other” revenue category – a large part of which is advertising – brought in $2.2 billion in revenue, more than double the same period last year.

And Amazon-owned Twitch is under the gun to be a YouTube advertising competitor, according to Bloomberg.

So while Amazon rebranding its advertising products might seem superficial, it underscores its growing seriousness to be an advertising power player.