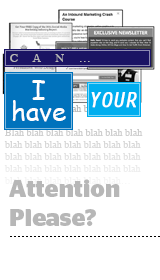 The online ad tech startup Adelaide raised $2 million its first investment round from a crew of industry angel investors to build out its attention-based advertising currency, the Attention Unit [AU], as an alternative to campaigns determined primarily by viewability.

Adelaide’s AU factors in the context of the ad placement and the likelihood that the viewer is engaged and will spend time on the page, said CEO Marc Guldimann.

Last year, Adelaide spun out of the ad tech startup Parsec Media, which works with publishers to sell attention-based ad campaigns as an alternative to viewability-based standards (if at least half an ad is on screen for at least a second) or CPMs. Parsec also raised about $2 million from angel investors, including Jonah Goodhart, founder and former CEO of Moat, which was sold to Oracle, and Brett Wilson, who co-founded and led TubeMogul until it was acquired by Adobe.

Adelaide brings the same thesis to the demand side, so advertisers can buy using an attention-based metric, Guldimann said.

Adelaide may be selling a new metric, but it’s leaning on decades of experience in measurement and digital ad buying. Some of its investors include MediaLink CEO Michael Kassan, former GroupM CEO Irwin Gotlieb, former Nielsen President of US Media Lynda Clarizio and Jonah Goodhart, who co-founded and sold ad metric startup Moat to Oracle.

Gotlieb said when he stepped down from his GroupM chairman role in 2018, that he was concerned the industry would face a messy period of disruption on the issue of ad verification. GroupM briefly tried to develop its own viewability metric, because the industry standards were easily gamed, he said. And that concern led him to join Comscore’s board.

“The housekeeping systems that are in place are not equipped to enable the sort of impression-level trading that the future of the media business requires,” he said.

Adelaide takes aim at companies like Integral Ad Science and DoubleVerify, common metrics providers for campaigns based on viewability or requiring ad verification, such as video completion rates, Guldimann said.  These metrics are easily gamed by publishers and ad vendors, typically to the user’s detriment, he said.

Small ads in obscure parts of a screen are a way to score highly on viewability, but aren’t valuable to the brand, he said. Video ads that stick to the side of the screen instead of allowing a user to scroll past, or that play without sound, are a solution for video completion rates, but again it’s not a format meant to return value based on the metric.

Guldimann said the team of industry insider-investors behind Adelaide will help the startup get into more pilot tests, where it can run the AU metric alongside incumbent vendors like IAS and DoubleVerify.

“When you have smart people around a particular technology or, in this case, a measurement platform, it's usually a good indication for me that it's something I should pay more attention to,” according to Kassan, a prolific industry investor who was also an early investor in DoubleVerify, which paid off handsomely following DV’s IPO earlier this year, with its market cap currently more than $5.4 billion.

“I don’t want to be dumb money,” Kassan said. He believes this kind of measurement solution is a technology where he can bring value as an investor, as an industry veteran who sees the pain points in online ad buying.