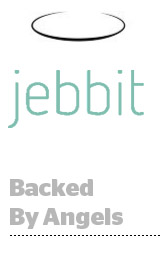 Jebbit has a fresh approach to data collection: Ask the consumer to participate.

The Boston-based startup, which announced a $6.8 million Series A on Wednesday, is helping enterprise brands and professional sports teams get consumers to proactively share their first-party data.

“As enterprises continue to launch more sophisticated one-to-one communication, the quality of their CRM and DMP data will be the foundation to their success,” Goodhart said. “Many enterprises aren’t currently investing enough to ensure that their systems are filled with quality, relevant, accurate data.”

“Most people assume CRM data is accurate because it’s first-party, but whether it’s up to date can change dramatically,” Coburn said. “Where you live, if you have kids, your interests, your hobbies – these things change. Some big auto brands have CRM data points that haven’t been updated in 8 or 10 years.”

Jebbit’s platform enables brand clients, including Cathay Pacific Airways and LifeLock, to create interactive mobile content, mainly brief quizzes and mini-surveys, that can be embedded on a publisher’s site, shared via social media or linked to from an ad. An ecommerce brand, for example, might ask consumers to answer three questions about fall fashion in return for a personalized style recommendation.

In the past, most of Jebbit’s clients used the quiz as a lead gen tool or to drive conversions. Increasingly, they’re tapping into it as a way to collect new data and verify the accuracy of CRM data they already have on file.

The data flows in real time from Jebbit to the brand’s internal CRM system or DMP through a custom API or integrations with the likes of Marketo and Salesforce Marketing Cloud.

“We know that this data is only valuable if we can make it actionable,” Coburn said.

Jebbit isn’t proposing that declared data is better than other data, he said, but rather that it can help advertisers determine the accuracy of their existing data and round out their other data sets, including third-party data and first-party CRM data.

“We see declared data as an important piece of the puzzle,” Coburn said. “We think it should be part of every CMO’s strategy, but it doesn’t solve all of your data problems. You still want to pipe in additional data sources.”

On the interactive content side of the business, Jebbit is competitive with other self-described digital storytelling platforms, such as Playbuzz and Apester. The declared data offering is where the company differentiates, Coburn said.

“People are voluntarily sharing information about themselves – data the brand is looking for,” he said. “And they’re spending time with the interactive experience, sometimes a minute or two minutes. And during that time, we have their undivided attention.”

Jebbit will spend the bulk of its funding on continuing the build-out of its declared data offering. The company also plans to boost its head count from 35 to about 50 by the end of the year, with a focus on engineering, sales and marketing.