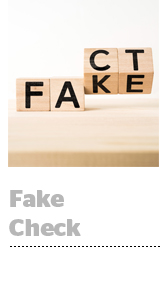 On Wednesday, mobile marketing analytics company Singular released a tool that deterministically validates whether an Android install is real or bogus before the install gets attributed.

There are other tools on the market that aim to do the same, but they use probabilistic methods, said Singular CEO and co-founder Gadi Eliashiv, such as checking to see if the CPU is being run on a simulator or how much time has elapsed between a supposed click and install.

But if fraudsters are sophisticated enough, they have no problem circumventing these tests, he said.

Although fake apps slip also into the App Store, Apple keeps a tight reign on the iOS ecosystem. But Google Play is a more open environment, and there are way more versions of Android than there are of iOS, which can create security vulnerabilities.

Singular’s Android install validation works by looking at the communication that happens between a server – in this case, Google Play – and a user’s device whenever a legitimate install is triggered. Singular is able to see whether its SDK was actually installed and run a series of on-device tests to verify whether an install is real.

Eliashiv wouldn’t share exactly which signals are passing between the server and the device – fraudsters read ad trade pubs for tips on how to reverse engineer anti-fraud solutions.

And fraudsters are also highly motivated to keep the gravy train rolling. Ad fraud is lucrative. Singular claims that one of its beta clients saved more than $100,000 a week by rejecting fake installs.

For another of Singular’s beta testers, Mumbai-based travel booking company Cleartrip, the ability to identify fraud before the attribution does more than just prevent wasted ad spend, said Ronak Jain, a marketer on Cleartrip’s growth team.

Cleartrip is India’s answer to Booking.com, with around 15.5 million monthly active users in the region. But roughly 60% of paid installs that Cleartrip sees coming from India end up being fraudulent.

The fake install issue is particularly acute in APAC regions, where there’s a lot of rebrokering, Jain said, and “many of the channels do not own the inventory, [so] they can never ensure 100% clean traffic.”

Cleartrip is now running around 50% of its marketing spend through Singular’s anti-fraud solution. The money it’s saving is going right back into driving genuine growth for the business, Jain said.