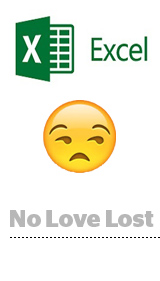 It seems crazy that a marketer at Match Group, which reported $295 million in dating-service revenue in the fourth quarter of 2016 alone, would spend half a day each week downloading and collating CSV files.

“You’d be amazed at the things we need in this industry that we don’t have,” he said.

Connecting back-end data to front-end data is a particular problem.

It’s “a miserable process,” Peng said. “You can throw bodies at it or force the solutions into place by twisting all these pipes together and directing them toward certain providers, but that also sort of eliminates the point.”

It makes more sense to connect data at the source, where it’s created, he said. And that, in many cases, is the attribution partner.

Which is why Match approached its mobile measurement and attribution partners, including AppsFlyer, with an observation, a challenge and a request: “Your reporting sucks. Fix it.”

The direct result is Pivot, an analytics tool that lets developers unify their data sources and run advanced analytics. That include media cost analysis to benchmark cost and ROI performance by media source across apps and geos, and the ability to compare and contrast in-app activity and retention KPIs to help decide when to run user acquisition campaigns and when to focus on re-engagement.

Match primarily uses Pivot for its namesake app across iOS and Android, but also in some cases for OurTime, PlentyOfFish, BlackPeopleMeet, SeniorPeopleMeet, SingleParentMeet and several others globally.

Having developed the solution for Match, AppsFlyer went on to productize it and run a monthslong beta across roughly 50 other clients, including Gett, The Telegraph and Skyscanner. The tool came out of beta on Friday.

“When Match came to us and said that there’s an opportunity to do better here, to make our analytics capabilities more efficient and robust, it really opened our eyes,” said Matan Tessler, director of product management at AppsFlyer. “We wanted to make advanced analytics approachable for most clients, not only the ones with unlimited budgets, to optimize and answer tough questions around their marketing activities.”

While using Pivot for the past couple of months in beta, Match has been able to work about 15% times more efficiently on the daily tasks of reviewing trend and performance data, which translates to the elimination of at least four man-hours a week of tedious manual data wrangling in Excel.

Like Match, other advertisers are also turning to their attribution providers for more than just attribution, in large part because the in-app event and user data generated at the attribution provider level, which is highly proprietary, isn’t something they feel all that comfortable sharing.

Topps, for example, increasingly wants to keep its user data close to the vest. The sports trading card company started using Apsalar for mobile attribution, and now also taps the platform for segmentation, analytics and making its audiences available for activation.

“If we have a choice, we’d rather share as little data as possible,” Deniz Gezgin, director of user acquisition and digital and mobile marketing at Topps, told AdExchanger in November. “Our external partners don’t need to have all of our data just because they’re the provider of a platform we use.”

Tune also is reacting to this need. The app attribution company launched a tool called Multiverse in July that helps marketers assess return on ad spend across all their channels, including mobile web and app advertising.