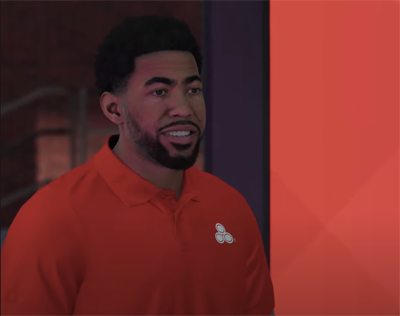 Like a good marketer, insurance brand State Farm is looking to reach people where they are – and, increasingly, that’s in games.

Gaming is an effective way to get in front of younger audiences, of course. But it’s also about tapping into the enthusiasm that players have for games and gaming-related experiences, said Patty Morris, assistant VP of marketing and brand at State Farm.

“We’ve seen gaming explode as a passion point, which you can easily see by looking at the popularity of Twitch or NBA 2K, which has become almost a platform in and of itself,” Morris said.

NBA 2K is a wildly popular series of basketball video games. The latest edition, NBA 2K22, launched in September. To coincide with the launch, State Farm partnered with the gaming publisher to debut a virtual version of its well-known fictional spokesperson, Jake from State Farm, as a non-playable character in the game wearing his accustomed uniform of khaki pants and a red polo shirt.

Players can interact with Jake at an in-game NGHBR GOODS storefront to unlock a skin for their character based on Jake’s attire. It’s not possible to buy insurance at the virtual store, however.

But that’s also not the point, Morris said.

“This is a new way to reach people and gain mindshare with a younger generation that’s harder to reach through traditional paid media,” she said. “We’re not super focused on metrics like lead gen – that’s not why we’re here. We’re here to make Jake, and State Farm, a part of the culture.”

AdExchanger: How would you describe State Farm’s marketing strategy?

Sports are big for us in general. We have a long-standing presence in sports and we’re committed to it. Specifically related to the NBA, we’ve spent multiple years in a tentpole strategy beyond just advertising during a game or having our name on stanchion signage. The crossover with NBA 2K is a good example of this.

We’ve had a relationship with the game for several years, but the release of NBA 2K22 gave us an opportunity to take that to a new level. The integration lets us stand out to a gaming audience, but it also aligns with our overall focus on sports.

What’s the response been from NBA 2K22 players?

Because we operate in a category that sells an intangible product, the connection with Jake is especially important.

People are surprised to see Jake, but they’re also delighted and eager to interact. That’s why you do something like this: to get people talking. The goal is to make the experience more enjoyable for them. When you do that, players start talking about State Farm and Jake and his khakis organically.

In the gaming community, you either have to be truly endemic or you have to earn the right to be there, so that your presence adds to the experience. Because of our long connection with basketball, it makes sense for players to see Jake in the game. It feels authentic for him to be there.

Where does programmatic fit into your advertising mix?

Programmatic is definitely a part of our mix and we’ve been talking about it a lot more over the past six months or so in relation to the mid-funnel given changing consumption habits.

People are watching less linear TV and spending more time in digital environments, where it’s all about addressable content. For that reason, programmatic will continue to be a focus for us as it has been all along.