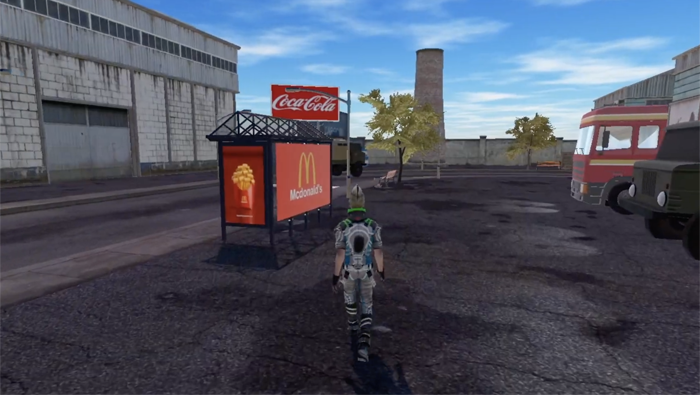 Admix, a London-based startup that helps advertisers programmatically place virtual billboards in mobile and video games, announced its $25 million Series B on Tuesday.

The round, which brings Admix’s total funding to $37 million since 2018, includes participation from existing investors (Force Over Mass, Speedinvest and Sure Valley Ventures) as well as a whole bunch of new ones (Elefund, DIP Capital, Notion Capital, Rocket Capital, Colopl Next and Side Door Ventures). A few angels from the gaming industry also pitched in.

The raise comes a little over a year after Admix’s $7 million Series A in June 2021 and a $1.5 million extension to the round last September.

Former GroupM CEO Rob Norman has served on Admix’s board since February.

Interest in the gaming category has been growing and not just among investors, said Sam Huber, CEO and co-founder of Admix.

Many brands (finally) had their eyes opened to the potential of gaming during the pandemic, when engagement was through the roof. And activations, like the Nike-sponsored Travis Scott concert in Fortnite last April, proved that “games can also be used for entertainment,” Huber said.

Admix runs 12 billion auctions monthly across roughly 400 titles and has its own free SDK that publishers can integrate to create inventory inside their games.

The ads are woven directly into the gameplay itself – a virtual billboard on the sideline of a soccer game, for example, or a virtual poster wrapped around a bus shelter – so that they don’t disrupt the playing experience.

Rather than overlaying an ad onto an available surface, Admix’s technology renders it natively to take light and shadow into account. Advertisers can use their existing video and banner creative, which Admix converts into 3D objects.

Admix has its own DSP and SSP, and the ads can also be bought and sold programmatically through partnerships with PubMatic, Xandr, The Trade Desk and Google. Admix has a partnership with Integral Ad Science to measure the viewability of its inventory.

As of now, advertisers are able to target their campaigns based on in-game behavior, such as how long someone has spent within a game or the level they’ve reached. But Admix is planning to develop AI tools to capture new types of first-party contextual data, Huber said.

“We’re looking for unique insights we can extract for brands,” he said. “Is a user happy, sad, disappointed? Are they maybe hungry because they’ve been playing for three hours straight? It’s about using models to surface basic emotions.”

Admix will spend most of its new funding round on product development, building supply relationships and on business development to attract large game developers to projects that span beyond gaming and into the budding metaverse.

“In order for the metaverse to grow, creators need tools to build, but they also need tools to monetize,” Huber said. “The metaverse is the next phase of the internet, and the way content is distributed and monetized will be different in 3D environments than it is on the web.”

Admix, which has nearly 70 employees today, is planning to grow to around 80 by the end of the year and continue geographic expansion into the US, Asia and Latin America. The company recently hired longtime Google executive Michael Silberberg as VP of global agency partnerships based in New York, and Spotify veteran Alex Faust as VP of ad sales for EMEA.