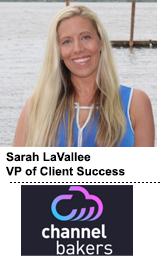 Ecommerce is all about planning. It’s a carefully choreographed dance between manufacturing, warehousing and selling.

But what happens when Amazon – and the world in general – has gone off the rails?

It’s the nature of ecommerce and Amazon that tactics constantly change, said Sarah LaVallee, VP of client success at the ecommerce agency Channel Bakers. “But we haven’t seen anything like this, where clients will have a plan in place Monday and it’s obsolete by Friday.”

Many companies, for instance, manufacture products in China, and still aren’t sure when their supply chains will return to normal, LaVallee said. In some cases, those brands are pausing or reducing their advertising so they don’t deplete their inventory before they can re-stock.

These companies are juggling a variety of factors, including the cost of advertising, the value of new customers that result from that ad spend (e.g. panic-buyers have lower life-time value) and the risk of losing loyal customers when a product isn’t in stock.

Topping the list of uncertainties are the rapid changes to the Amazon platform, in what increasingly feels like a game of Calvinball.

For instance, categories like apparel and most consumer electronics have been deemed non-essential, so Amazon is delaying shipments and new inventory of these products for weeks, and in some cases more than a month.

“Amazon says those POs (purchase orders) are coming back in a week or two,” LaVallee said. “Are they though? We don’t know.”

Some brands and Amazon sellers think shipments in the United States might become even more restricted, following in the steps of Italy and France, where Amazon currently does not take orders for non-essential items.

Amazon does have options to support sellers. For instance, it could place bulk orders and give a boost to products that are unfairly punished by its shifting algorithm. But that’s unlikely, LaVallee believes.

There is some precedent for this, although Amazon has never shut down entire categories before. During Prime Day (which is really a week or more) Amazon prioritizes product placements and warehouse shipping for products with big marketing and discount deals. During the holidays it rejiggers its algorithm and its warehouse network to favor gift items, so popular toys move fast but everyday miscellanea are delayed.

April is also when Prime Day planning would normally begin. Brands need to kick off ad campaigns and increase manufacturing to meet rising demand. Instead some are choosing to halt both ads and advertising.

However, the frustration with Amazon’s lack of transparency isn’t driving business away, she said. If anything, Amazon has become more critical in the supply chain.

For instance, sellers could in theory circumvent Amazon’s delays on non-essentials by shipping items themselves. Large brands rarely have that capability, since they’re used to distributing only through stores or Amazon, not getting parcels to people’s doors.

But even for agile companies that do have fulfillment networks, she said it’s extremely difficult to maintain profitability while taking on the cost of fulfillment, unless the brand dramatically raises prices to cover shipping.

With brick-and-mortar shopping down for the count, LaVallee said brands also can’t risk losing Amazon as perhaps their only meaningful cash stream at the moment.

“I’m not a doomsayer,” she said. “But everyone is apprehensive about making long-term plans right now.”