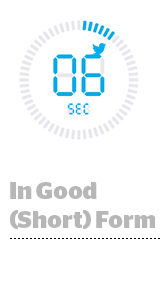 Twitter introduced a new video ad buying model on Monday that only charges advertisers once 50% of their ad is in view for at least six seconds.

The purpose of the bid type is to encourage more advertisers to optimize toward short-form video ads while also giving them the “security” of being able to transact on a cost-per- completed-view basis, said Dan Kang, the group product manager in charge of Twitter’s mobile performance, programmatic and video products.

Although video is one of the fastest-growing ad products on Twitter, it’s an ongoing challenge to attract more advertisers to the platform. Quarter after quarter, Twitter CFO Ned Segal has pointed out that Twitter is “more demand constrained than supply constrained,” meaning that it’s got the inventory – now it just needs advertisers to spend more on its ad products.

Although the Twitter audience is generally more receptive to short-form video content, and most of the brand effectiveness that comes from a video ad is derived from the first second or two, advertisers are sometimes reluctant to transact on shorter views, especially within an autoplay (mostly mobile) feed environment like Twitter.

Twitter already offers three other bid types for video viewability – one in which advertisers pay after the first frame; a second based on the Media Rating Council standard of 50% of pixels in view for two seconds; and a proprietary bid type that requires an ad to be 100% in view for three seconds.

The MRC-based standard has seen the most adoption, probably since it’s aligned with the industry standard for buying video ads, but advertisers have also been requesting a completed view model, Kang said.

“Longer-form traditional video isn’t as effective on Twitter, especially with completion rate as a KPI, but completion rate is still the ultimate KPI for a lot of advertisers,” Kang said. “The six-second video buying model checks that box while also keeping user engagement in mind.”

Any old creative won’t do, though. Repurposed long-form TV ads or ads that have been cut down from a 30- or 60-second TV spot don’t perform as well as videos that were purpose built for short form, Kang said.

But video that has been optimized for Twitter – meaning it can work with the sound off and has clear branding within the first three seconds – generates 19% higher unaided recall, according to research conducted for Twitter and GroupM by EyeSee Research. Short-form video also attracts around 3% more eyeballs on Twitter than TV commercial-style video, which could translate to hundreds of thousands more people, depending on the scope of the campaign.

The six-second bid type will be a little more expensive than other video bid types on Twitter commensurate to the higher engagement, which translates, in theory, to a more qualified view. It’s available for promoted video, in-stream video sponsorships and in-stream video ads with video assets that are 15 seconds in length or less.