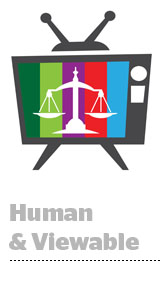 Over-the-top may be the new hotness, but sellers need to prove it before advertisers will really start to bite.

The partnership is the result of a rigorous testing period, said Tom Fochetta, VP of Samsung Ads.

Buyers want the same sort of measurement for OTT and connected TV that they get in the online video ecosystem, Fochetta said. But those tools and tactics aren’t widely available yet for OTT and CTV.

This is Moat’s first integration to measure OTT and CTV, but demand is really starting to pick up for this type of measurement, said Michelle Hulst, GVP of marketing and strategic partnerships at Oracle Data Cloud.

“Advertisers are looking for a neutral third party to help make sense of this,” she said. “It’s the same thing we saw way back when we went into social media and advertisers would come to us and say, ‘I heard we’re supposed to be spending all of our money on this, but we don’t know how it works … can you help us?’”

Viewability and fraud detection will serve as stepping stones to metrics that cleave closer to an advertiser’s actual KPI, such as attention or business outcomes, she said.

It’s still early days for OTT and CTV measurement, though.

There's no specific Media Rating Council standard for OTT, so Moat will use the MRC's latest viewability mandate: 100% of the pixels in view for at least two consecutive seconds.

And while invalid traffic doesn't appear as scaled a problem for OTT as it is for online video – at least not yet – the possibility for fraud is there, Hulst said.

Samsung Ads is hoping to cut it off at the pass.

Fochetta has observed IVT and app spoofing in some programmatic marketplaces. “We know that pioneering fraudsters go to the fastest-growing and least-measured parts of the ecosystem, and we want to get ahead of any potential issues,” he said.

Industry efforts, like the IAB Tech Lab’s App-ads.txt are helping cut down on the unauthorized reselling and spoofing of app inventory, including for over-the-top apps. The Moat partnership will help Samsung create a cleaner environment closer to home.

“This is a new space, exciting but also maybe a little scary for folks,” Hulst said. “We want to be able to give them some assurance and confidence, that hey, it’s OK – it’s safe for you to come on in.”