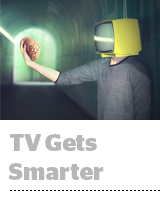 NBCUniversal opened more of its inventory to programmatic platforms on Monday, with a new product integration through FreeWheel and The Trade Desk.

FreeWheel, a sister-company of Comcast’s NBCU, is coming out of beta with its “unified decisioning” platform, which operates an auction where programmatic demand is considered alongside direct-sold campaigns for OTT inventory and video on-demand.

There are 33 total DSPs integrated with FreeWheel, but The Trade Desk is the only public partner right now, said Geoff Wolinetz, FreeWheel’s head of sell-side revenue.

The unified decisioning product was launched in beta with A+E a year ago. A+E is still an inventory supplier on the platform.

NBCU has worked closely with FreeWheel for years on its ad platform, said Krishan Bhatia, the broadcaster’s EVP of business operations and strategy. “This latest iteration enables us to manage both channels, direct ads and programmatic, to maximize revenue and yield,” he said.

There are rules baked into the product so that large upfront commitments will still take priority, while other direct deals come with “exclusivities,” such as guarantees to run with certain programs or to block competitors from airing soon afterwards, Bhatia said.

Television ad deals often set a minimum number for household reach or for targeting a specific demo, such as reaching half of all men aged 24-45 in the market. By considering programmatic upfront, impressions that attract high bids can go to platforms without sacrificing the guarantees to direct advertisers, Bhatia said.

For years, large buyers – Google and, to a lesser degree, Criteo – enjoyed exclusive programmatic inventory access. The interest in this product is a good sign that TV is taking this same approach early on, Sims said.

For The Trade Desk, a key advantage comes just from seeing more inventory, he said.

If half of a TV network’s impressions are guaranteed to direct buyers, the traditional method would fill the guaranteed requirements , after which sellers could turn on the programmatic spigot to cover the rest.

But Sims said broadcasters actually earn more by giving programmatic buyers a glimpse at every impression, since they could have data attached to a deal ID that makes any given impression particularly valuable at that moment.

OTT viewers are often frustrated by frequency capping issues, because the inventory is being over-served to the same handful of direct advertisers, Wolinetz said. Programmatic can meet direct deal guarantees while also freshening the creative mix for audiences.

“Programmatic could be the better choice for the consumer, not just the seller,” he said. “That realization helps to erase the stigma about programmatic being a lower-quality option for TV.”