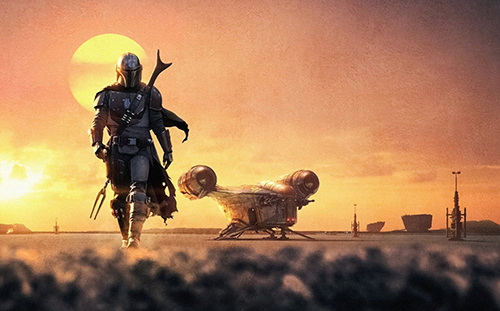 Disney may have wowed investors in December when it unveiled a slew of new movie titles and an original content pipeline as part of a major shift to streaming, but the company is still feeling the impact of the COVID-19 pandemic.

During its Q1 earnings call Thursday, the company said that its Disney Parks, Experiences and Products segment took a $2.6 billion hit to its expected income due to closures and reduced operating capacities.

Still, this was the first earnings call since Disney restructured its operations as part of a strategic shift into the direct-to-consumer market last year, and the company beat earnings estimates.

The company said it still expects to take in between 230 million to 260 million Disney Plus subscribers by the end of fiscal 2024, the first year it also projects to achieve profitability.

Disney now has more than 146 million total paid subscribers across all of its streaming services, which includes ESPN Plus and Hulu, up from 137 million in Q4 2020.

DTC revenues increased 73% to $3.5 billion in Q1, and operating losses decreased from $1.1 billion to $466 million, due to subscriber growth and increased advertising revenue at Hulu thanks to higher impressions and the increase in Disney Plus and ESPN Plus subscribers.

“We’ve been especially pleased with the success of our direct-to-consumer business, and our recent strategic reorganization has enabled us to accelerate the company’s pivot towards a DTC-first business model and further grow our streaming services,” said CEO Bob Chapek. “Disney Plus has exceeded even our highest expectations.”

ESPN Plus and Hulu also performed well, with 12.1 million and 39.4 million subscriptions, respectively. Disney will launch its international streaming service, Star, on Feb. 23.

When asked about Hulu SVOD, Disney CFO Christine McCarthy said that most Hulu subscribers are turning to ad-supported content.

“That is where we have seen really nice growth of our addressable advertising,” she said. “We like the mix that we have, but it is more ad-supported so we enjoy that relative increase of advertising. The track record that Hulu has of having that relationship of ad-supported versus ad-free has been relatively consistent over their 10-year tenure.”

Disney Plus subscriptions are set to increase by $1 (to $7.99) in the US and by 2 euros (to 8.99 euros) in Europe beginning next month. Chapek emphasized that Disney’s strong content pipeline will be well worth the hike.

New Disney Plus releases include the recent launch of “WandaVison,” the second season of “The Mandalorian,” and Pixar’s “Soul,” which debuted on the platform and in theaters on Christmas Day and has taken in nearly $100 million at the global box office.

Studio entertainment revenue in Q1 dropped 52% to $1.6 billion and segment operating income decreased 61% to $419 million due to lower theatrical and home entertainment results.

Although Disney, which took in $13 billion at the box office in 2019, remains bullish on the in-theater experience, Chapek said the company will be “flexible” in terms of how it releases titles in the midst of the pandemic.

Certain flicks, such as “Black Widow,” will continue to be released in theaters, while others will be released theatrically as well as through Disney Premier Access, which is an option for Disney Plus subscribers to pay an extra one-time $30 fee to get early streaming access to a movie, as was the case with “Mulan.”

And sometimes, it’ll just be Disney Plus.

“It’s going to be dependent on what our slate of titles are and whether we think we need to put something on the service or … whether it’s something we could use as another data point in our exploration of premier access day and date with theatrical,” Chapek said.