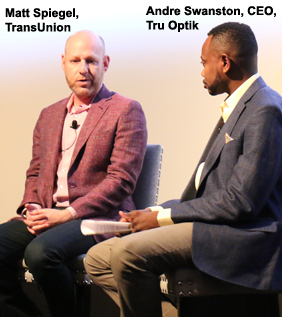 People love to hate on third-party data, but it’s got at least one fan out there.

“It’s incumbent on all of us to understand how data is used and to stop the idea that third-party data is bad or dead or dying,” said Matt Spiegel, TransUnion’s EVP of digital marketing solutions, speaking at a Tru Optik event on Thursday night.

“I challenge anyone to only use their own customer data and see how big of a business they have in three years,” Spiegel said.

Privacy considerations to the side for a moment, data is data. Labeling it as first-party, second-party or third is less relevant than where the data comes from and how it’s modeled. First-party data is great, of course, Spiegel said, but not if you want to grow beyond what you already know.

Since the consumer credit reporting agency operates in such a heavily regulated industry, it’s Spiegel’s job to figure out how to turn TransUnion’s data and audiences from a truth set into compliant products for the digital advertising space. TransUnion is sitting on loads of aggregated in-market financial data that advertisers could use to get a better understanding of individuals and households.

And that explains the company’s decision to participate in a $10 million venture round, which closed on Wednesday, to support OTT data management platform Tru Optik. TransUnion is also partnering with Tru Optik to enrich the latter’s data marketplace and household graph.

“We’re not in the media business, but we want to power the media ecosystem,” Spiegel said.

But the real opportunity, particularly in OTT, isn’t only slinging syndicated off-the-shelf segments. The vision at TransUnion is to move from a pre-built segment strategy to building on-the-fly attribute-driven segments.

And for that, he said, you do need more than first-party data.

“Our industry grew up on a bunch of third-party data signals that were poorly tested – mostly noise packaged as signals,” Siegel said. “The idea that data science somehow doesn’t work, that modeling is bad, doesn’t make sense. How do you expand audience and create scale if you don’t find some information on audiences you don’t already have?”