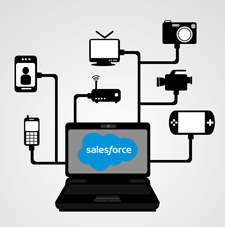 You’d be forgiven for thinking it was already in market. Salesforce first said it would unveil a CDP in March of last year. The product entered beta in the autumn of 2019 around the time of Salesforce’s Dreamforce conference in San Francisco.

Salesforce then ran what Adam Blitzer, EVP and general manager of Salesforce Digital 360, called “a very thorough pilot” for Customer 360 Audiences throughout the spring and summer of this year.

Like a classic CDP, Customer 360 Audiences serves as a repository for customer data from different sources, “putting it into one place so marketers can slice and dice it, build rich segments and profiles and activate it,” Blitzer said during a virtual press conference on Tuesday.

Salesforce’s own data sources mostly flow into Customer 360 Audiences automatically, such as marketing data from Marketing Cloud, service data from Service Cloud, and so on. In the case of external data sources, Salesforce builds integration mechanisms to pull in data from ERP systems, POS systems, offline sources and various other endpoints.

Third-party developers are also busily building integrations on top of Salesforce’s CDP, Blitzer said. “A big part of Salesforce is our app ecosystem, and it’s an important part of our CDP story,” he said.

With Customer 360 Audiences officially on the scene, all three major marketing clouds now have their own CDP offerings. Oracle released CX Unity in September 2019, followed by Adobe’s rollout of its real-time CDP in November.

After initially downplaying the need for a customer data platform, Salesforce has been ballyhooing its CDP since last year on earnings call after earnings call.

And COVID-19 has only heightened the need for marketers to connect their disparate data sources.

“Throughout this pandemic, what we’ve seen is that the all-digital customer of the future is here and essentially came early,” Blitzer said. “A massive amount of digital transformation and acceleration that would normally take years is now taking months.”

In addition to the Customer 360 Audiences news, Salesforce also announced the creation of a new business unit on Tuesday called Digital 360.