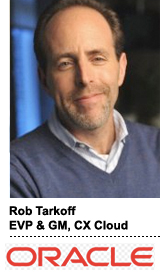 Oracle wants to help marketers bridge the gap between the known and unknown.

The company integrated the BlueKai data management platform (DMP) and ID graph with its customer data platform (CDP), it said Tuesday at the Oracle OpenWorld conference in San Francisco. The move is meant to help marketers tie device-level data about unknown prospects to their customer data, and quickly receive insights from across disparate ad tech and mar tech systems.

“Now that we've built this integration between the DMP, ID graph and CX Unity, this journey of resolving the unknown to known in micromoments will be possible,” said Rob Tarkoff, EVP and GM of Oracle CX Cloud. “That's going to allow our customers to deliver personalization at a whole new level.”

“They were never able to do that before,” Tarkoff said. “And as I get insights about the particular customer propensity that I'm finding in CX Unity, I can automatically now model that and go find more customers like that.”


Beefing up CX Unity, which was launched at the 2018 OpenWorld conference, is the latest shot fired in the increasingly active CDP category. Rival Salesforce, which is all about CRM, introduced its own CDP in June following its acquisition of data integrator Datorama and the launch of its Customer 360 identity graph in 2018. And Adobe Experience Cloud, which emphasizes its close connection with its Creative Cloud suite, also unveiled a beta version of its CDP in June.

Oracle, which has staked its fortune on data, doesn’t yet have customers taking advantage of the BlueKai-CX Unity integration, but Tarkoff said the company has several BlueKai customers using its identity graph that will be introduced into the CX Unity early adopter program. Also on Tuesday, among other product announcements, Oracle said that AT&T Small Business and APAC loyalty platform ShopBack are now using CX Unity.

The CDP is pre-integrated with Oracle’s CX Cloud, which houses the company’s Marketing, Sales, Service and Commerce clouds. Once considered stand-alone business units, Tarkoff said the need to bridge the gap between known and unknown customers drove the move.

But Tarkoff said Oracle CX Cloud’s product evolution is also being driven by convergence between front and back office applications. In other words, he said, brands must increasingly tie the front office – marketing, sales, service and commerce – to back-office touch points, such as asset maintenance, warranties, contracts and subscriptions.

“The idea that we have these separate, distinct and disconnected clouds is not really the way business needs to get done,” Tarkoff said.