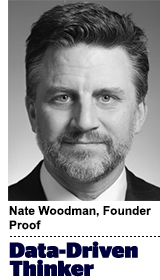 For anyone poring over articles in AdExchanger, the news cycle around identity attracts outsized attention and share of mind. One could be forgiven for thinking every marketer is desperate to solve identity on the open web.

Don’t be fooled. I’ve been struck by a number of recent conversations and comments by brands and agencies that appear to express a lack of urgency in solving for digital identity on the open web. The demand side appears to be frozen, not because of a lack of desire to solve for digital identity but from a lack of certainty that any solution from big or independent tech will be viable for the next two-plus years.

Until June, Google’s FLoC appeared destined to exist at least in Chrome across some long-tail publishers’ data – a proposal advertisers could prepare for. But given Google’s announcement delaying the end of third-party cookie tracking and the regulatory concerns raised around its FLoC methodology, even that small degree of certainty is now in question.

I also agree with the part of the ad-tech industry that claims that the walled gardens have “weaponized privacy.” Naive or intentional, tech giants use the ammunition of blog posts and privacy announcements to battle each other, appeal to consumers and stave off regulators. However, the upheaval has the secondary effect of stalling decisions about open web identity solutions as Google, Apple, Facebook and the rest entrench their positions.

The drumbeat of privacy announcements from Google and Apple is more damaging to the open web than stating a scorched-earth strategy and sticking with it, because it fills the industry with hope/despair while cultivating buyer uncertainty.

Consider the upheaval this month alone, with further clarifications and updates, such as Apple ATT’s opt-in rates, Amazon’s plans for an ID alternative, Google Android’s LAT update and Google’s recent announcement, delaying the deprecation of third-party cookies in Chrome. All of these developments signal additional risk to one-to-one addressability outside of big tech.

All that’s clear from the mega-tech brinkmanship is that the status of identity in the open web will take years to settle. The uncertainty brings marketers’ investments in new addressability tools into question as competing identity alternatives run their course.

The uncertainty is indirectly expressed by marketers and agencies through a lack of urgency to trial new digital identity solutions in the open web. Marketers will be able to deliver addressability at scale even if identity on the open web disappears. They will have to accept reduced competition and siloed measurements within walled gardens for a time. However, for many marketers, this path represents the least pain when compared to making the wrong bet on a digital identity solution.

With any disruption there is opportunity that can be found by those that look for it. The perceived uncertainty opens up new opportunities to address marketing effectiveness in areas that are independent of digital identity. These solutions do not make the headlines like audience and addressability, but they represent the best-projected outcome for a marketer’s digital technology investments over the next few years.

Despite the outsized attention digital identity receives, the investment opportunity is to shift the focus away from identity and toward improving areas of marketing effectiveness that are not ID-dependent. These types of investments are isolated from the risk of the identity shakeout. They also elevate marketing effectiveness with or without an identity standard so they are both risk-mitigated and future-proof.

Marketers that think like investors can find their own version of a new playbook if they ask themselves and answer a single, simple question: Where can my organization invest now that improves my marketing effectiveness today and will continue to add value in the future if one-to-one addressability no longer exists?

The answers to this question point to investments that mitigate identity risk, because the solutions do not touch identity data. They include:

Brands, of course, have the option to do nothing and preserve their dry powder, or they could invest in one or two addressability solutions and accept the high degree of uncertainty. These are both sound strategies in their own right, as long as the risk vs. reward is understood and the decision is deliberate.

Or they could go all-in on ID-less strategies that will amplify marketing effectiveness regardless of the outcome of our current ID wars.

If it was my money, I know what I would do.