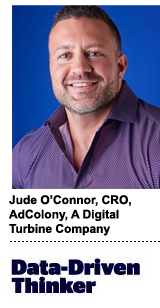 Facebook’s response to its outage in early October was disingenuous at best.

Mark Zuckerberg’s reaction was literally, “Sorry for the disruption today – I know how much you rely on our services.”

No mention of the 60 Minutes segment from the night before. No mention of the congressional hearing scheduled to take place just 24 hours later. While the timing of the outage is coincidental – and the exact reason for the disruption will continue to be hotly debated –  there’s surely a lot more going on than the typical technical issue sometimes faced by those of us in the industry that have our own platforms.

But one thing is for sure: Facebook’s lack of transparency about the outage – and many other items – shines a light on a major issue in our industry. Far too many advertisers, both large and small, put way too many dollars into Facebook despite consistent, problematic patterns.

What exactly did this wide scale outage mean for the advertising industry?

To be fair, Facebook lost out on tens of millions of ad dollars during the six-hour outage. But that’s nothing to Facebook. The advertisers who rely on Facebook and Instagram to generate leads and sales had the rug yanked out from underneath them. For many businesses, one day of lost revenue or lead generation from their largest channel is a big deal.

To be clear, I’m not putting all of the blame on Facebook here. I also blame the advertisers. Despite multiple warning signs over the past decade, they have continued to allocate a disproportionate percentage of their ad spend to the platform and its properties.

That might be an unpopular opinion, but it’s not unlike someone who chooses to stay in a toxic relationship despite blatant red flags.

Toxic relationship sign #1: They break your trust over and over again

Although the Cambridge Analytica scandal in 2018 got a ton of press – and warranted legal action – it was, by far, not the first time Facebook had violated the trust of its users.

Way back in 2009, the Center for Digital Democracy and eight other groups filed complaints with the Federal Trade Commission over Facebook’s practices. Two years later, the FTC admonished Facebook for playing fast and loose with user data. And then it happened again in 2013.

But Facebook has also abused the trust of publishers and advertisers.

In 2016, it came out that Facebook was overstating video views, meaning advertisers were potentially overpaying for ads. And then there’s the fake account problem where up to 4% of profiles aren’t real people – a problem that became apparent in 2017 but still hasn’t been fixed.

Facebook continues to put its own profits over anything else, whether that be its lax attitude toward scammers and hackers or perpetuating algorithms that contribute to mental health and emotional problems among teens, especially girls.

Toxic relationship sign #2: They blame other people for their problems.

If your partner is always blaming someone or something else for why things aren’t going well, whether that person is you, the economy or their sworn enemy, that’s toxic behavior.

Ideally, a relationship is a union between equals. But ask yourself this: When you run campaigns on Facebook and Instagram, do you feel empowered or do you feel uncertain? Knowing that a tiny shift in Facebook’s algorithm (or external privacy regulation) could tank your campaign results, how does that make you feel?

There’s also an imbalance of power on the WhatsApp side of the house. WhatsApp, which was affected by the outage, too, serves as the dominant communication channel in many parts of the world with 2 billion active users globally.

And so the stakes here are even higher than with advertising. Messaging is now part of our infrastructure. When WhatsApp is down, it’s like a road being closed.

Should private companies with little to no accountability to anyone other than shareholders (aka their bottom line) really be in charge of something so essential to communication?

So, how long are you going to stay in this type of relationship?

The ad industry’s overreliance on Facebook’s ad products is not healthy for any advertiser in the long run.

The business world is finally starting to appreciate that fact. Facebook shares closed down almost 5% on the Monday after the outage, its stock price has been going steadily down over the past month – and problems have continued to mount, including a 1.74% revenue miss and lower guidance for the fourth quarter.

From an optics perspective for Facebook, it’s only going to get worse. The question now is what you, advertisers and publishers, plan to do.

The good news is you can extricate yourself from your dependence on Facebook. I’m not naive enough to say Facebook’s massive scale doesn’t have any value, but my advice is to spread out.

There are plenty of lifeboats – no need to go down with the ship.