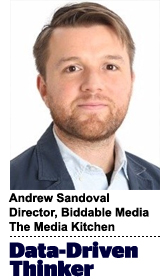 Earlier this year, Google announced Chrome would become the last of the big three browsers to block third-party cookies. Although the banning of cookies doesn’t have a set date, Google’s “intention is to do this within two years.”

So while the industry has been struck by COVID-19, the clock is ticking. With Google showing no sign of rolling it back, there are three critical areas to monitor for a successful transition to a cookieless web.

The first is the long-standing battle of the browsers and the very different paths that Chrome and Safari have taken on privacy. In the end, will they settle on a universal set of standards?

The web’s walled gardens are the second area to watch: How will Facebook, Google and Amazon help marketers mine customer behaviors in a cookieless environment? They are already introducing promising products that could help.

The third area – and the most unsettled – is measurement. Marketers built their measurement schemes from the data provided by cookies. Now they must devise other ways to measure, but will they be as effective?

The future of web-based advertising is largely in the hands of browsers. Desktop operating systems once dictated browser choice. Then cross-platform players Firefox and Chrome gained market share before the rise of the smartphone cemented a two-horse race: Chrome vs. Safari. Each has taken different approaches to privacy and cookies, and that’s why we need to keep an eye on browsers.

Safari’s Intelligent Tracking Protection (ITP) marked one of the first major browser privacy tweaks, significantly impacting digital advertising operations. This matters because publishers and advertisers are largely powerless to their audience’s browser choices. They may ask users to stop using AdBlock, but they haven’t asked them to stop using Safari (yet).

This divergence between Chrome and Safari/Firefox’s approaches to privacy (allow vs. ban third-party cookies) has created a new pseudo-walled garden. As a result, savvy advertisers have been thinking differently about Safari for some time with the rollout of ITP and the most recent full block of third-party cookies. To prepare for Chrome following their lead, advertisers should be thinking about what they can learn from Safari campaigns today and testing as much as possible.

With full elimination of third-party cookies, there is hope new standards could emerge, but it’s important to acknowledge each of the major players have fundamentally different interests. The internet runs on advertising, largely facilitated by cookies, and advertising runs on Google, whether it’s Chrome, Campaign Manager, AdX or another piece of the marketing platform. Apple’s business is products and services, touting privacy and security as a key differentiator. What motivation do they have to facilitate advertisers once they’ve successfully slain cookies?

What happens when an unstoppable force meets an immovable object?

The dominant walled gardens of the web – Facebook, Google and Amazon – only stand to grow more powerful in a world without third-party cookies. Their massive logged-in audiences and unparalleled first-party data will ensure they are cemented on the media plan for years to come.

One aspect of the walled garden evolution to watch is their emerging data clean room products. As measurement faces huge challenges with the death of third-party cookies, these clean rooms could be an important component in the measurement solution marketers seek.

Advertisers could potentially upload their own first-party data sets and commingle them with campaign data at a level of detail that will be near impossible elsewhere, all while ensuring certain privacy standards are maintained. The bet is that each of the walled gardens is large enough that measurement within the garden becomes extremely valuable, not only to optimize within the garden but perhaps to also model outcomes outside the garden.

Clean rooms look like an appealing landing spot because the end of third-party cookies essentially eliminates the ability to track users across an open web. Multitouch attribution vendors rely on third-party cookies to track back ad exposures and conversions so their algorithms can assign them value.

The cookiepocalypse will turn any current promise of deterministic user pathway data into Swiss cheese. If partners can’t launch their cookies on each others’ sites, attribution will rely on stitched-together touchpoints from a few surviving data integrations, largely across major publishers with huge gaps in the long-tail. Marketers will certainly consider alternatives and may likely land on a renewed reliance on A/B, matched-market testing or media-mix modeling.

To prepare for the shift, it is critical to interrogate the value of today’s solutions. There’s already a roughly 30% loss of visibility due to Safari and Firefox’s restrictions. What will these products be worth when the other 70% of cookies disappear? Will there be viable businesses at all?

At this point, the multitouch attribution landscape of the past five to 10 years is littered with once-promising and now acquired products, including Adometry, Convertro, Abakus and Visual IQ.

Don’t wait until it’s too late

Keeping these three key areas in mind, now isn’t a time to lament the death of cookies. It’s a time to be curious and learn as much as we can about the new cookieless world. That may mean investing in testing cookieless platforms and channels or developing sophisticated contextual targeting to understand how it will perform tomorrow. Maybe it means running measurement experiments in Safari and Firefox where third-party cookies are already gone.

In any case, begin putting the puzzle together piece by piece now, rather than waiting until it’s too late.