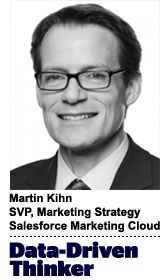 NASA director: This could be the worst disaster NASA's ever experienced.
Gene Kranz: With all due respect, sir, I believe this is gonna be our finest hour.
– “Apollo 13”

What do companies and people who survive – even improve – during crises actually do? What can we learn from the past?

It turns out that "waiting out the storm" doesn't work. Successful organizations "react to threats as opportunities, adapting to survive and prosper,” according to an overview of the new-but-thriving discipline known as resilience theory.

Here are four things resilient types did in the past to survive and thrive in the storm.

Classic mindfulness is a theme: an ability to notice facts without catastrophizing them. It is applied to organizations, notably by theorist Karl Weick, who describes corporate mindfulness as "the ability to size up and act on unexpected threats before they escalate out of control."

Unfortunately, most people have a negativity bias. Pessimism, like love, is all around us. Consumer confidence dropped 25% in March, according to Ipsos – more than any time since the banking meltdown. Most ad professionals expect layoffs. And we were all gloomy about our future before the pandemic appeared.

Much resilience theory emerged from studying high-reliability orgs – such as EMTs, firefighters, investment bankers – that don't have the luxury of pessimism. Lives (and fortunes) depend on their ability to function in trouble. Ironically enough, researchers found that what makes them work (those that do) is not a focus on reliability but on unreliability – in other words, removing sloppiness.

That includes sloppy thinking. A lot of resilience coaching is based on cognitive behavioral therapy, which encourages challenging negative thoughts. Cognitive behavioral therapy helped inform the US Army's Master Resilience Training curriculum, which has graduated 50,000 soldiers and reserves, who in turn trained many more on techniques proven to lessen stress disorders.

Co-developed by psychologist Martin Seligman's Positive Psychology Center at the University of Pennsylvania, the program trains fighters to use rationality to combat negative bias, "thinking traps" such as overgeneralization based on little evidence, "icebergs" (deep assumptions) and black-and-white thinking.

These traps can paralyze us before we even get into gear.

2. Focus on the bigger picture

Research shows companies that survive crises practice long-term behavior, informed by their values. Values are not a corporate mission statement; they're a company's existential reason for being, something bigger than quarterly reports. Knowing their values puts short-term pain in context.

Values give work meaning in good times and bad. For example, advertising oils the engine of commerce, creating desires that drive 70% of GDP. It spreads information and inspires creative thinking. That's all bigger than one delayed Olympics or a canceled Cannes Lions Festival.

Crises favor focus. As one rather poetic resilience theorist put it, a crisis can be seen as “an abrupt and brutal audit” – laying bare hidden faults snowed over during a boom. For example, after the dot-com meltdown, DoubleClick under then-CEO David Rosenblatt divested ancillary businesses such as email and consumer data, focusing on the core ad server.

Values also lift companies out of short-term measures that can hurt success in the long term. They expand the horizon of interest. One well-documented example is that cutting ad spending in a recession is often a mistake. David Ogilvy joked that brands shouldn't advertise during good times but instead "set aside the money in a reserve for advertising during recessions."

A well-designed study showed that firms that increased ad spend during a recession had lower short-term profits but gained both mind and market share after it. When good times returned, brands that increased spend 48% had twice the market share gains of those who spent less.

Other studies found that layoffs can hobble a company's rebound. For example, airlines that laid people off after 9/11 had a harder time getting profitable in recovery because they'd damaged relationships with partners, suppliers and customers.

We all remember where we were when we first saw “Apollo 13” – the movie, that is. Tom Hanks as astronaut Jim Lovell turned a suicide mission into a triumph with nothing but duct tape and charm. It's no surprise that the most often-cited feature of truly resilient organizations is their ability to improvise.

Under threat, we become more rigid and fixed on short-term solutions. For prolonged threats, like the coronavirus, that rooster won't crow. Weick points out that firefighters are most likely to be killed in their 10th year on the job, not their first – likely because they're less open to learning.

On the other hand, resilient organizations are more – no surprise – agile and organizationally decentralized, empowering employees to do what it takes to get the job done.

Weick calls this trait "galumphing" – improvising, trying things out. Action itself throws off data that makes more sense possible. In crisis, plans can provide false security, even be counterproductive. "I advise leaders to leap in order to look," he says.

4. Defer to the experts on the team

Finally, a crisis is the time to abandon rank and let the experts roll. Just as it was astronaut Ken Mattingly and not then-president Richard Nixon who coached Jim Lovell from the ground in “Apollo 13,” the best ideas in bad times come from those with real knowledge.

This is intuitive, but not natural ­– especially for big organizations. Processes and systems designed to improve efficiency, such as command-and-control or standardized processes, can do more harm than good. “It is vital that a leader resist centralizing control” in a crisis, says Manley Hopkinson, who has led expeditions to the North Pole. “Precisely the opposite is needed.”

Optimistically, crises also strip away the inessential, laying bare our truest selves and giving us empathy for our rivals. After all, they are in as much pain as we are.

That’s probably why tough times often encourage transformation and cooperation. They're a rare moment when warring sides can come together, as the post-Civil War recession forced a standardization of rail gauges in this country, enabling transcontinental railroads.

In fact, a crisis is an ideal time to build cooperative standards for such ad tech hot topics as the third-party cookie replacement, privacy standards and identity frameworks. An outcome like that would be a very resilient use of our current #QuarantineLife.