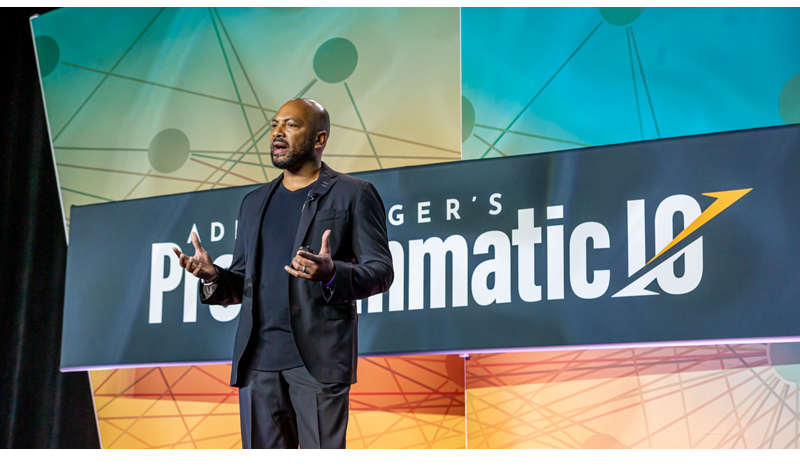 Programmatic can be a force for good.

Although some of the largest brands in the world have pledged to spend more of their budgets with Black publishers, investment has continued to lag.

“And this translates into a lack of content, measurement systems and a lack of inventory, like connected TV,” said Eric Austin, P&G’s senior director of global brand building and media innovation, speaking at AdExchanger’s Programmatic I/O conference in Las Vegas earlier this week.

P&G now runs more than 60 private marketplaces within The Trade Desk grouped by audience, publisher and inventory requirements across its portfolio of 65 brands. These PMPs give P&G access to hundreds of multicultural publishers.

But P&G is also striking deals to support Black-owned ad tech companies. For example, P&G asked The Trade Desk to plug in data from Reset Digital, an SSP for multicultural publishers.

“We’re looking at all of the broken pipes within the programmatic ecosystem, and we’re making things along the way that promote inclusivity,” Austin said.

Be the inventory you want to see in the world

Looping diverse publishers into the programmatic ecosystem means media dollars can automatically flow through the pipeline to support multicultural content.

Which sounds great, but there’s a problem, Austin said.

“In many cases, the programmatic content among multicultural publishers is limited, which restricts the audience and the reach that’s needed for our brands to grow,” he said.

Although more than 40% of the US population identifies with a race or ethnic group other than white, according to the 2020 US Census, Black-owned media represents less than 1% of the total inventory available across TV and digital.

Faced with a lack of inventory in the Black-owned media ecosystem, P&G decided to make its own.

(Creating content isn’t a leap for Procter & Gamble. P&G was one of the first brands to sponsor and produce serial dramas on the radio and later on TV. That’s where the soap in soap opera comes from.)

In 2018, P&G partnered with Queen Latifah and Tribeca Studios to create Queen Collective, a talent development and mentorship initiative for multicultural women directors. And last year, P&G launched a program called Widen The Screen to help foster Black talent, challenge systemic racial bias and increase Black representation on screen and behind the camera across advertising, film and media.

Only 6% of the writers, directors and producers of US films are Black, according to recent research from McKinsey.

“We can widen our view by portraying the full joy and beauty and vastness of Black life and not reinforce commonly held negative stereotypes of struggle or trauma,” Austin said.

This approach is also reflected in P&G’s own advertising.

“Our programmatic ads surrounding these stories also need to resonate and be relevant,” Austin said. “People need to see themselves reflected as who they are, which builds trust and ultimately leads to purchase.”

P&G has doubled its investment with Black-owned media over the past two years and plans to keep on growing until the percent of its overall spend better reflects the complexion of the population.

“We’ve made the declaration that we want to be the number-one advertiser in Black-owned media,” Austin said. “We’re the world’s largest advertiser, and programmatic media is our largest spend pool … it’s clear that our actions have the potential to make a huge impact.”