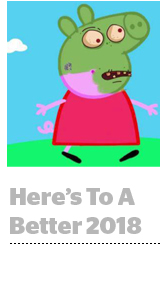 Brand safety and transparency were top-of-the-agenda items for advertisers in 2017.

But if this was the year of faux pas, mea culpas and the start of a move toward better controls, 2018 will be about buckling down.

“The billions of ad dollars pulled off platforms in 2017 was a clarion wake-up call,” said Bill Marino, CEO and co-founder of Uru, a startup that uses AI to automatically analyze videos for brand safety.

The year began with a stern ultimatum from P&G’s chief brand officer, Marc Pritchard, for the platforms to clean up and cut down on complexity, fraud and waste or risk losing boatloads of budget.

In March, brands excoriated Google for allowing offensive content to be monetized on YouTube and through the Google Display Network.

In November, YouTube felt the heat again after allowing the monetization of violent and sexualized content featuring children and the failure of its moderation tech to spot obscene comments on kid-targeted videos. In a related incident, hundreds of strange and disturbing videos targeted at children on the YouTube Kids app – like one starring the British cartoon character Peppa the Pig visiting a slaughterhouse – were also being monetized.

In each case, advertisers balked, pulling back spend in a domino effect.

While some, including Verizon, ended their YouTube boycott a few months after the initial scandal, others, like AT&T, remain wary. AT&T stopped spending with Google on anything non-search-related in March and, as of November, that was still the case.

In response to its cascading brand safety failures, Google shored up its defenses.

Now, a channel must receive 10,000 views before creators are eligible for the YouTube Partner Program and to have their videos monetized. Google also pledged to hire 10,000 people to handle potential policy violations, in addition to investing in machine learning technology to wade through the vast amount of content that washes up on YouTube’s shores every day.

Platforms aside, some advertisers have been taking brand safety protection into their own hands, like JPMorgan Chase. In addition to pulling its ads from YouTube, Chase has completely cut off the long tail.

After discovering one of its ads on a fake news site this spring, Chase reduced the number of sites where it runs ads from 400,000 to just 5,000 whitelisted sites, which it later expanded to about 7,000. The mass culling had no adverse results.

“It stands to reason that things should not have changed all that wildly,” Davidow said. “Ninety-eight percent of the URLs were crap, they were rubbish to begin with, and you’re throwing them out.”

But it’s still too early to really know what the price and performance impact will be as new brand safety filters are added to the marketplace, said Kerry Bianchi, president and CEO of Visto.

Although advertisers like Chase claim little to no negative impact on performance, others are seeing inventory prices increase as fraudulent supply is eliminated from the system. Not that that’s a bad thing.

“Some cost may be added to the process as additional data, analytics or technology is added in an effort to bring more transparency ­­– but that investment conveys the benefit of better value and performance for each dollar spent,” Bianchi said. “Expectations for the cost to achieve certain quality KPIs at certain price points may reset at the ‘new normal’ emerges.”

With growing awareness across the board, 2018 will be a year of collaboration, said Kurt Kratchman, COO of contextual analytics provider Grapeshot.

“Brand safety definitely is under a microscope,” he said. “Brands, publishers and platforms alike are beginning to take this risk seriously and actively seek to employ measures that enable better risk mitigation tactics.”

But an integral part of that process is for advertisers to clearly define as part of their programmatic strategy what brand safety means to their particular brand.

Brand safety is a subjective metric, Kratchman said, and the tolerance threshold varies for every brand. One brand’s safety nightmare is another brand’s media buy, and platforms are going to have to adapt to that.

The adaptation has begun, with a combination of technological solutions and human oversight, both of which are necessary to give advertisers the control they demand, said Ken Suh, COO of News Corp.-owned video ad platform Unruly.

“The major lesson for everyone this year was that brand safety, although it’s at least a decade old as an issue, is not going away,” Uru’s Marino said. “Adversaries will evolve their techniques. New media and ad formats will bring new safety vectors to be vigilant about. It's here to stay. Our solutions need to be able to scale up.”