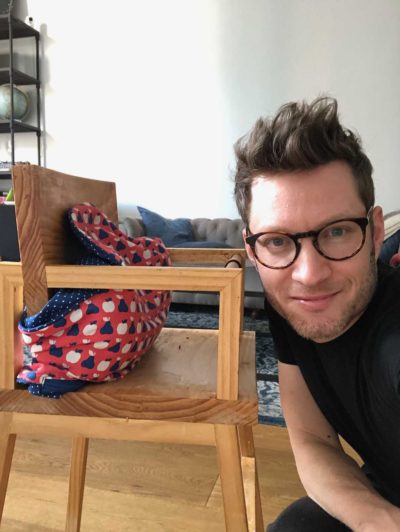 Innovid CTO and co-founder Tal Chalozin checks in from his studio loft in New York’s Soho area, where he lives with his wife, his 3-year-old, his 1-year-old and a table saw he uses when he wants to zone out by building furniture.

In today’s episode of Social Distancing With Friends, Tal and AdExchanger managing editor Ryan Joe get into the maturation of CTV, and how its lightning growth has accelerated even more due to the pandemic. Surprisingly, CTV’s surge comes at the expense of social video platforms such as YouTube and Snapchat, which are jockeying for TV ad dollars.

“Broadcast and cable has been increasing while social has been decreasing in share,” Tal says.

Also, as CTV continues to mature, all of the early entrants who are aggregating that inventory will be winners in the short term. But the marathon will be won, Tal says, by those “who aggregate with a deep understanding of viewers.”

Tal also talks about what success means for a new, mobile-first video platform such as Quibi, and lays out his full product road map – at least, when it comes to woodworking.