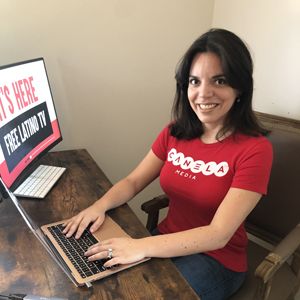 OTT is full of juggernauts. But most of these players – Netflix, Hulu, HBO Max and the rest – are going after mass audiences.

Isabel Rafferty Zavala saw an opportunity to create an OTT network dedicated to Latino audiences in the United States. Her company, Canela Media, rolled out a new streaming TV service in May with a wide range of English and Spanish-language shows geared to this segment.

This week on the AdExchanger Talks podcast, she talks about pitching Canela TV to investors, studios and advertisers ahead of its May 2020 launch.

“We were talking with very traditional studios from Latin America that have never entered the US. It took a long time for us to convince them that we’re legit, that we understand the market.” The attitude, according to Zavala, was, “What’s Canela? Here’s a young Latina telling me that she’s going to change the streaming world.”

But there’s a clear need for the service Canela provides. The Latino audience is “still very underserved ,” Zavala says.

“In all the services out there, we are an afterthought,” she says. “They’re streaming but we know their options are limited. We know there is a huge movement in the Latino space of … acculturation. If you’re born in the United States and maybe Spanish is not your preferred language, there is a very strong desire to connect with your Latin roots.”

Also in this episode: programmatic TV, Isabel’s upbringing in Mexico City and her move to the