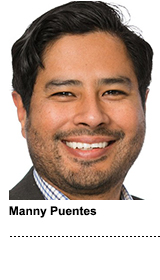 Our guest this week has spent his entire career in ad tech. Since 1997, Manny Puentes has worked at a series of companies ranging from ad servers to publisher networks to programmatic platforms. In 2016, he founded Rebel AI to solve the growing problem of domain spoofing. It evolved as a data activation platform.

Fast forward five years and Puentes has sold the business to Logiq, a provider of technology and services around ecommerce, marketing and fintech, for $8 million in cash and stock.

In this episode, Manny is skeptical that hashed email addresses can be a viable identifier for this industry going forward.

“I think it’s great that there are really smart folks out there around this project [Universal ID 2.0], and I think that it’s a good start,” he says.

But he points out that the transfer of encrypted email from platform to platform requires that somebody holds that original email address before it is hashed. The existence of the email and its association with offline data is inherently insecure.

“Email is worse than the cookie,” he says. “Think about all the places you go today that you’re putting your email into. Think about all the offline data you can link up with email. People say that it’s hashed and encrypted, and I get it. But it’s just another ID and this ID originated with something that can be linked with offline data.”