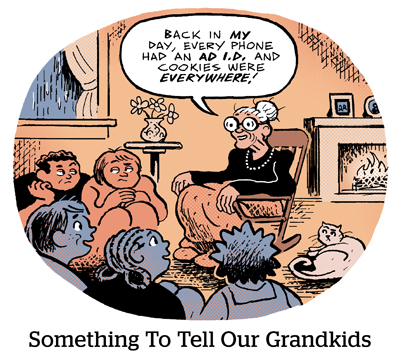 Take It To The Max

Google has introduced a new targeting parameter for Performance Max campaigns. Soon, all advertisers will be able to use “customer acquisition goals” to guide their campaigns.

Performance Max is less than two years old, but it’s already taking over. Smart Shopping campaigns, for example, Google’s ecommerce advertising business from back in 2018, is being folded into Performance Max this year, as are Local Marketing campaigns.

But even by Google standards, Performance Max is an enigma inside a black box (wrapped in a mystery?). Advertisers can’t control campaigns by search keywords, location data, standard audience segments or contextual targeting. Instead, advertisers steer by the time of day they want to reach people and via what Google calls “audience signals” – akin to lookalike modeling, but the advertiser must upload its first-party data to Google. Customer acquisition goals are another way to (sort of) guide the optimization happening within the black box.

Chico’s is a Performance Max retail pilot partner and uses the acquisition KPI. For example, it can exert some control by placing higher value on shoppers who browse the site and buy items at full price, rather than customers who previously purchased at heavy discounts. It’s something.

But Performance Max is controversial for another reason: It pushes budget to Google properties. Max is a first-party data vehicle – which from Google’s point of view means YouTube, Maps, Search, Gmail and the Google shopping feed.

There’s a growing sense that U.S. legislators will pass new federal consumer privacy laws, perhaps even this year. (Although, don’t hold your breath: If it doesn’t happen in a few weeks, it’ll be put off until 2023 at least, since partisanship takes over once the midterm elections gear up, The Wall Street Journal reports.)

Even so, the dynamic around privacy laws in the U.S. is quite different than in the EU, where the political urgency comes from Big Tech opponents. Silicon Valley wants to slow everything down in Brussels – but get things moving faster in Washington D.C.

The reason is that in the U.S., a handful of state laws now set uncomfortable baselines for the advertising and technology industries.

Take California. The privacy laws there were passed by popular state referendums, meaning tech lobbyists had less influence to shape the legislation. But if the lobbyists have their way, an eventual federal privacy law will have far less of an impact on advertising.

The Journal reports, however, that lawmakers are considering regulations that limit targeted advertising related to protected-use cases, such as housing, employment or price discrimination.

“The engines are revving on this in a way they haven’t in a long time,” says Carl Holshouser, SVP of TechNet, a trade group that includes Google, Apple, Meta and Amazon.

A leaked document written a year ago by privacy engineers on Facebook’s ad and business product team suggests the company can’t possibly know all the ways user data is applied to its ad business, Vice reports.

According to the document, “[Facebook does] not have an adequate level of control and explainability over how our systems use data, and thus we can’t confidently make controlled policy changes or external commitments such as ‘we will not use X data for Y purpose.’”

The authors likened Facebook’s data practices to pouring a bottle of ink into a lake, then trying to get the ink back into the bottle or direct it only to certain parts of the lake.

Another former Facebook employee described that characterization as “blunt” and added that the company’s grasp of its own data use is “a complete shit show.”

A Meta spokesperson said the leaked document does not reflect efforts Facebook has taken to comply with privacy regulations and increase transparency in its ad business.

Beyond Amazon: aggregation as a service. [Stratechery]

GroupM announces a reorg, merging Essence and MediaCom, as well as Mindshare and Neo. [release]

According to Insider Intelligence, CTV ad spending is growing so quickly that each time it updates its forecasts it ends up having to raise its estimates. [Insider]