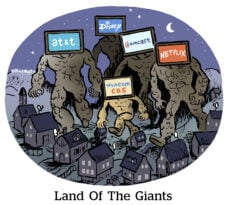 Another Cook In The Kitchen

The deal was funded by Food52’s private equity owner, TCG. To coincide with the deal, TCG also contributed an incremental round of funding.

The capital will be used to back Food52’s expansion into brick-and-mortar, as well as the creation of a pantry foods brand. Food52 also hopes to develop its own creative studios, which would bolster its production of videos and podcasts.

The Schoolhouse deal will triple Food52’s valuation to approximately $300 million, according to TCG. Food52 plans to retain the Schoolhouse brand and its existing employees, and will keep the company based in Portland, Oregon.

Since 2009, when Food52 was founded as a digital media outlet that mainly published recipes, it’s quickly grown into a direct-to-consumer online retailer. The shift toward ecommerce was accelerated when it was bought out by TCG for $83 million in September 2019. Earlier this year, Food52 acquired the cookware brand Dansk and launched a home-goods-focused retail brand, Home52, in 2020.

Tubi expects to clear $700 million in revenue next year and reach a billion-dollar run rate as soon as 2023, Axios reports. Those forecasts come via the investment bank UBS, not Tubi itself, which was acquired by Fox last year for $440 million.

So, how did Tubi climb the ladder so fast? Likely thanks to a mix of changing audience preferences and company strategy. Consumers are cutting down on the number of streaming services they subscribe to as a cost-saving measure, and a recent TVision report shows that more viewers prefer ad-supported video on demand (AVOD) over its subscription-based counterpart. Tubi is a free AVOD service, so it’s riding that trend.

Fox has also kept Tubi at a remove from its other platforms so it can continue to focus primarily on its own growth. It’s an important distinction from other CTV plays. You can think of them as “the pluses”: Disney Plus, Paramount Plus, Discovery Plus, Salesforce Plus (lol). Those guys hoard all their content into their own ad-free streaming services.

Fox Corp. CFO Steven Tomsic told investors at UBS last week that he expects Tubi, as “a core pillar of Fox,” will add incremental revenue to its advertising portfolio at large.

Some of the institutions of programmatic may be disappearing.

Xandr’s ad tech business is up for sale and is expected to find a new home this year. InMobi is reportedly in the mix to acquire Xandr (and not for the first time). Another contender may be Microsoft, a long-time strategic client and early investor in AppNexus, which became Xandr under AT&T.

Then there’s IPONWEB, which was acquired by Criteo last week for a cool $380 million.

Last up, MediaMath is in discussions for a potential sale, possibly to Magnite or a private equity firm, Digiday reports.

MediaMath has been up for sale for a while now. Maybe because it’s raised $600 million without achieving sustained profitability. But MediaMath is a strong brand name, and it has a large DSP book of business.

Magnite kind of makes sense as an acquirer. Rubicon Project and Telaria (which later merged to form Magnite) were founding partners in an ad-buying product called SOURCE launched by MediaMath in 2019. But still, it’s a tricky step from publisher-side pureplay to a full supply-chain solution.

What does all this activity (and potential activity) mean? It’s been a strong, or at least buoyant, couple of years for ad tech companies that have gone public, raised money or been acquired, so there’s lots of cash floating around … although it might be a bitter pill to swallow for some of the players now up for sale, like MediaMath and the artist formerly known as AppNexus. At one time, they would probably have considered themselves to be the buyers.

The Media Rating Council is restarting its audit of Nielsen Digital Ad Ratings and adds phases for mobile and CTV. [MediaPost]

A tech talent shortage looms behind back-to-office delays. [The Information]