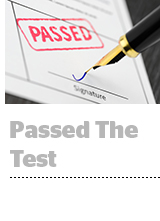 Facebook got a little much-needed positive news on Tuesday when it cleared a major hurdle in its effort to gain MRC accreditation for third-party viewability measurement. Facebook completed the first of its three-part accreditation process in April, which was an inspection of display impressions served to Facebook and Instagram news feeds. The most recent review covered its data collection and processing practices, as well as how it passes data to viewability vendors. The final audit stage will cover what happens to the data after it’s passed to those vendors. So far, Moat, Integral Ad Science and DoubleVerify have agreed to the audit, according to an MRC release. That final step shouldn’t be too arduous, since those vendors have already been through MRC accreditation for their own technologies. Facebook first agreed to an MRC audit in February 2017, and it looks like the process might come to an end about two years later.

Forrester has acquired B2B research firm SiriusDecisions for $245 million. Forrester will help bring SiriusDecisions’ data tools to new verticals, such as financial services, retail, healthcare, energy and utilities, and to global markets. And SiriusDecisions will in turn add $100 million in revenue in 2019 and double Forrester’s potential market in strategy from $20 billion to $40 billion by opening up B2B industries, according to the release. Read it. The acquisition is expected to close in January. “The combined value of Forrester's strategic and SiriusDecisions' operational capabilities will help our clients change and grow in tumultuous times," said Forrester CEO George Colony in a statement.

Salesforce stock jumped about 10% in after-hours trading after the enterprise cloud announced revenue of $3.4 billion in the past quarter, a 26% jump year-over-year. CEO Marc Benioff said Salesforce remains focused on the opportunity to be the world’s best integration technology, touting the recent acquisitions of MuleSoft and Datorama. Benioff and other executives on the company’s earnings report cited Customer 360, an ID Graph connecting profiles across its Sales, Marketing, Commerce and Services clouds, as an example of its plans for middleware and integration technology. Read the earnings release.

Consumer groups have filed complaints with seven national regulators accusing Google of potential GDPR violations, Bloomberg reports. Specifically, they say Google’s location tracking tools collect unrelated information such as political leanings. “Google’s data hunger is notorious, but the scale with which it deceives its users to track and monetize their every move is breathtaking,” claimed Monique Goyens, director general of EU consumer advocacy group BEUC. Google responded by saying it turns off location history by default and users can edit, delete or pause location tracking at any time. But those controls can be difficult to find. “These unfair practices leave consumers in the dark about the use of their personal data,” BEUC said in a statement. More.