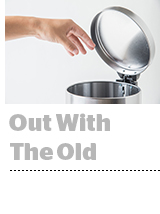 In 2019, NBCUniversal will expand two ad products launched this year. “Prime pod,” an audience-targeted 60-second commercial that runs at the beginning and end of a show, will be made available across NBCU’s entire portfolio. And all of the company’s inventory will be measurable in CFlight, its cross-platform advertising metric, during next year’s upfront, according to a staff memo from head of ad sales Linda Yaccarino. Additionally, the network has pledged to reduce ad load by 10% this fall while selling its prime pod at a 75% premium, Adweek reports. Next year, it will double investments in tech to enable automation and optimization. “We need to liberate ourselves from legacy processes and move towards a system that accurately reflects consumer behavior and client needs,” Yaccarino said. “We’re going to lessen our reliance on legacy measurement.” More.

The so-called FAANG stocks (Facebook, Apple, Amazon, Netflix and Google) have taken a beating recently due to macroeconomic headwinds and tougher regulatory scrutiny. But for tech companies without consumer-facing business, those factors could create an advantage. “Microsoft is being viewed by many investors as a place to park your assets while we go through this white-knuckle period,” Wedbush analyst Daniel Ives tells Bloomberg. “The high-flier consumer names are getting taken to the woodshed.” IBM is another tech giant that’s been derided for years for failing to seize digital advertising and social media dollars, but is now insulated from the legal quagmire those ad businesses create. IBM CEO Ginni Rometty recently called for tougher privacy laws, citing a trend of “irresponsible handling of personal data by a few dominant consumer-facing platform companies” that has created a trust crisis for technology. More.

Amazon hasn’t been an advertising powerhouse for long, but it’s moving fast now. The ecommerce platform earned five cents of every new online ad dollar last year, but is expected to up that to 15 cents by 2020, according to eMarketer data cited by The Wall Street Journal. Amazon has inventory across search, display, video, connected TV and ecommerce, and uses its data to help target ads and attribute sales. It also has valuable data from its Alexa voice assistant integrations. But there are cultural challenges for Amazon in Ad Land. For one, the company is dramatically understaffed relative to Google, which sends 10 agency execs for every Amazon rep. Amazon’s tendency to favor its private-label products also poses an existential threat to brands selling there. More.