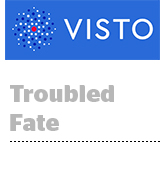 Visto, the company formerly known as Collective, filed for bankruptcy protection and has reached a “stalking horse” deal to sell its assets to largest investor Zeta in a $15 million all-stock deal. The court filing gives a glimpse of just how tough it can be to sell an ad tech business: “Approximately 70 potential acquirers were contacted; 15 executed non-disclosure agreements as part of the diligence process and received a Confidential Information Memorandum; and three submitted non-binding indications of interest for the Debtors’ assets,” according to the filing. WSJ has more. Six months ago, Videology met a similar fate.

Bring In The Amazon Experts

As brands develop in-house platform expertise, employing an Amazon expert is becoming crucial. Brands from CPG giant Reckitt Benckiser to fashion retailer G-Star are looking for talent that can manage Amazon search campaigns, the Amazon Ad Platform and dynamic pricing. And many are learning about Amazon’s DSP as it pitches brands more aggressively. But agencies are looking for the same Amazon domain expertise as they try to get ahead of their clients’ knowledge of the platform. “There’s definitely a talent war between both clients and agencies,” Yulia Livne, ecommerce lead at Mindshare UK, tells Digiday. “It’s almost impossible to find the specialist with experience in both media and ecommerce, while commercial, consulting and analytical experiences are other useful layers to have.” More.

LinkedIn was called out by Ireland’s Data Protection Commissioner for using the email addresses of 18 million non-users to target ads on Facebook. After launching an investigation in 2017, the watchdog found LinkedIn processing personal data in the United States without permission from its EU headquarters in Ireland. While that issue was “amicably resolved,” it sparked a broader investigation into “wider systemic” problems with data processing at the company, leading authorities to demand LinkedIn delete and stop using personal data for non-users. The audit, which covered the six months leading up to GDPR, revealed that the commission received 1,249 complaints, 571 of which were related to people having trouble getting access to data held by organizations, the Irish Times reports. More.

DAZN, an ad-free OTT sports service, plans to expand its US offering and add advertising formats. There are a few major obstacles, though. For one, OTT subscriptions are saturated, with Netflix spending on average between $100 and $140 per new subscriber, writes The Wall Street Journal. For less well-known services, that number is likely higher and more people test without renewing, creating painful marketing losses. Major sports broadcast rights are also untenably expensive for any but the biggest broadcasters. DAZN’s sports roster is heavy on boxing and mixed martial arts, but it hopes OTT-only rights will be affordable, like Amazon’s deal with the NFL to stream Thursday night games that are broadcast by Fox. But DAZN aims to differentiate by frequency capping its ads, a potentially strong pitch to viewers frustrated by OTT ads that seem to play on a loop. More.