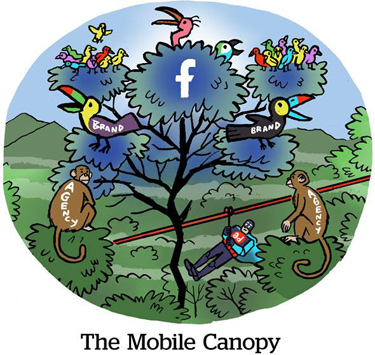 Will Meta “GIF Up” GIPHY?

Facebook parent company Meta is in the hot seat again. The Competition and Markets Authority (CMA), the UK’s competition watchdog, has called on Meta to offload Giphy, the GIF search engine and content animation service it acquired in May 2020, citing multiple anti-competition concerns in a press release. The CMA claims its concerns can only be remedied by Facebook selling Giphy.

What’s the CMA worried about? As one example, the CMA points to Facebook’s move last year to shutter Giphy’s nascent display advertising business, removing from the market what could have been an interesting competitor – and potentially driving up its own ad rates with fewer alternatives available.

The CMA also pointed to Facebook’s market advantage, considering its family of apps already account for three-quarters of social media time spent in the UK, The Wall Street Journal reports.

Facebook’s control over Giphy could also allow it to restrict competitors, like Twitter and Snapchat, which use the service.

Welcome To The First-Party Party

Every Black Friday is a celebration of discounts and excess. But this year featured different kinds of promotions, clear evidence of how consumer shopping patterns have changed.

Land’s End site visitors, for example, were greeted by an offer for 50% off – if they agreed to share their email, Protocol reports. The gift box company Knack Shop gave a $10 credit in exchange for an email. Retailers may have fewer overall promotions, but they’re giving major incentives for first-party data.

Subscription businesses also discounted like crazy – more than 75% off a yearly New York Times subscription, for instance, and almost 90% off for The Wall Street Journal. Not to mention Black Friday deals on subscriptions like MasterClass, Duolingo and Peloton. [AdExchanger has more on that.]

Some of this is due to changes in the economy. People don’t buy Disney DVDs anymore – they buy a subscription to Disney+.

But it’s also part of a larger trend of consumer brands thirsting after data. First-party data collection can be gimmicky, but underlying the discounts and silliness is a serious effort to accrue customer data – even if it requires discarding traditional cost models for how companies usually evaluate marketing ROI.

Many brands have pledged to actually commit ad budgets to Black-owned media companies – but the ad tech ecosystem doesn’t always make it easy for advertisers to honor their commitments.

Group Black, a publisher collective and accelerator for Black-owned media that launched in June, is trying to change that, including through a new partnership with female-focused digital publisher She Media, Adweek reports.

Together, they’re creating the Group Black Network to help brands and agencies do better – and do better at scale. The network includes 250 media and content outlets founded by Black women, and it will provide the infrastructure to serve up the first-party data that advertisers require to justify their ad spending.

By offering advertisers a unified bloc of media properties to target their campaigns, the Group Black Network is hoping to generate higher CPMs from its advertising partners. “A lot of the conversation around supporting Black-owned anything can be a bit nebulous, at least when it comes to pledging support,” said Monica Melton, managing editor of The Plug Insights, a publisher that covers Black-owned startups and innovators in tech. “But this is a concrete way for Black media to increase its revenue and opportunity.”

Seems like everybody wants to take on Nielsen these days. Next up is Advocado, a data platform focused on cross-media campaign optimization and measurement, which acquired Kantar’s BVS business on Tuesday. (BVS is Kantar’s ad verification unit.)

Brian Handrigan, Advocado’s CEO, declined to share deal terms, but he did tell AdExchanger that it was as much about the people. All 7 employees of Kantar’s verification division join Advocado, tripling the startup’s headcount.

CTV measurement is notoriously opaque and getting murkier. Amazon, for instance, is stripping away VAST tags so that advertisers have less visibility. “Advertisers need the same level of transparency for programmatic that they get for broadcast,” Handrigan said.

With BVS, Advocado acquires the tech it needs to both encode and monitor TV campaigns.

But why did Kantar sell? Rich Radzik, VP of BVS, told AdExchanger that the business was better suited for Advocado. “Kantar recognized after many conversations that BVS would be better off and get more investment this way,” said Radzik, who’s joining Advocado with the merger.

Speaking of Amazon … Kevel finds that Amazon has expanded its lead as the top header bidding vendor, surpassing Xandr. [blog]

Can Twitter monetize its creator group? That’s one key challenge facing its new CEO. [The Information]