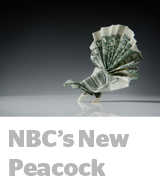 Apple’s long-running effort to stamp out targeted ads on its services has been remarkably effective. Apple’s privacy crusade kicked off in September 2017 with the introduction of Intelligent Tracking Prevention for Safari. Now, two years later, the value of a Safari impression has dropped almost 60%, while Google Chrome ad rates have inched up, according to Rubicon Project data. “The allure of a Safari user in an auction has plummeted,” Rubicon Project CEO Michael Barrett told The Information. “There’s no easy ability to ID a user.” There’s also a shortage of location data and other identity signals that are helpful for campaign attribution. More.

Quibi is trying to bring star-quality short-form programming by Hollywood heavy-hitters such as Steven Spielberg to people’s phones. But it’s leaning heavily on influencers to fill out its content roster. Quibi will leverage social media stars and their huge followings in the way that TV networks did with talk show hosts in years past, CEO Jeffrey Katzenberg told The New York Times. The streaming service will launch with programs such as “The Rachel Hollis Show,” with Instagram star Rachel Hollis, and “Sexology with Shan,” starring sex educator Shan Boodram who has a popular YouTube channel. “When we find someone we have a connection with, we tend to be loyal,” Katzenberg said. “Ellen. Oprah. Dr. Ruth. We hope that’s what Shan is going to do, what Rachel is going to do.” Quibi is betting that aggregating influencers in one place will give people a reason to pony up for the platform’s $8-per-month subscription fee. More.

The numbers are in: Comcast will spend $2 billion developing Peacock, the ad-supported streaming service set to launch in April with NBCU’s content library, for the first two years after it launches in 2020. And the goal is for the service to break even by Peacock’s fifth year, Comcast CFO Michael Cavanagh said at a UBS investor conference on Monday. By comparison, Disney will invest $1 billion in programming for Disney+ in its first year, while Netflix will plow nearly $15 billion into content this year, Bloomberg reports. Peacock will launch free for Comcast subscribers and include various pricing tiers for other subscribers. More.