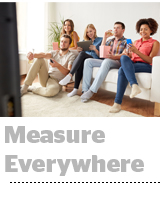 Innovid has raised $30 million to invest in CTV ad serving and measurement products. Goldman Sachs Private Capital Investing Group led the round, bringing Innovid’s total funding to $52.6 million. Innovid has held on to its independent status, which it thinks will be critical as broadcasters and advertisers maneuver for the next generation of walled garden media, The Wall Street Journal reports. Roughly 30% of Innovid’s ad sales are on connected TVs, up from 6% two years ago, said CEO and co-founder Zvika Netter. “We really felt there was a rare opportunity here to own the connected TV end-to-end platform, the whole tech stack for brands, agencies and publishers,” he said. More.

Akamai will buy Janrain. The plan is to integrate Janrain’s identity management technology into Akamai’s content delivery network platform Intelligent Edge, which according to Akamai serves up to 30% of internet traffic. Janrain’s tech complements much of what Akamai already has, though Janrain clients should benefit from Akamai’s ability to prevent illicit bots trying to log in, and from Akamai’s threat detection software, which determines which individuals should have access to certain pages, based on their past online behavior. Terms of the deal weren’t made public. More.

Nielsen is adding over-the-top audiences and YouTube mobile viewing to its Total Ad Ratings product. Makes sense. Nielsen is desperately trying to prove its relevance as viewing shifts away from linear television and toward mobile and OTT, while YouTube wants advertisers to feel more comfortable moving TV dollars away from traditional linear. Nielsen already measured YouTube through its Digital Ad Ratings and local ratings products, but incorporating OTT and mobile ads on YouTube into Total Ad Ratings should make it easier to compare the performance of ads delivered across TV and digital channels. Nielsen could use some good news, with it’s high-profile standoff with CBS over the broadcaster’s refusal to renew its ratings contract. MediaPost has more.

A Bite Of The Apple

Apple kicked off CES this year with a series of announcements, confirming that its foray into services isn’t all talk. In a major shift away from exclusivity of its software, Apple will allow people to watch movies and shows they buy or rent on iTunes on Samsung, Vizio and LG TVs, Recode reports. With Apple TV lagging behind Roku, Google and Amazon in market share for streaming providers, Apple needs more scale across more devices, especially if it wants people to subscribe to its forthcoming streaming bundle. And with CEO Tim Cook cutting the company’s 2019 forecast by 5%, revising down revenue for the first time in 16 years, Apple might be more open to playing nice with others. More.