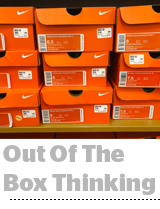 ViacomCBS Vs. The World

ViacomCBS CEO Bob Bakish believes the key to winning the streaming wars is to unite ad supported products like Pluto with subscription video products. “The cool thing about streaming in the context of ViacomCBS is it unites two strategies that were developed independent and are both driving growth,” Bakish said in an interview with Cheddar. “On the Viacom side, we have the ad-supported free strategy in Pluto … In parallel to that, you have CBS’ strategy, an SVOD strategy.” Pluto, whose active users have grown from 12 million to 18 million in the first half of 2019, will use its super low price of free to attract new customers, and will also provide a forum for ViacomCBS to move people to its subscription products. Bakish also emphasized ViacomCBS’ massive content library, which includes 140,000 television episodes and 3,600 movies. That’s all well and good, but ViacomCBS’ strategy sure is similar to its competitors’. More.

Is voice commerce on its way here? Today, most people engage with voice activated devices to do basic tasks like set alarms and play music. But Amazon revealed Alexa is supporting “billions of dollars” of transactions every year, excluding the revenue Amazon makes from selling its own products, Bloomberg reports. Voice has been slow to take off as a shopping mechanism for consumers, but RBC Capital Markets predicts Amazon will add $10 billion in incremental revenue from voice shopping alone by 2020. Alexa is also growing up: It now supports 100,000 skills and integrates with 85,000 devices, said Dave Limp, head of Amazon’s devices and services business at a press event in Seattle on Wednesday. More.

Nike Gets In The Game

While most retailers are battling through a tough stretch, Nike reported better-than-expected quarterly revenue. In its earnings call, investors noted the sports apparel brand’s recent acquisitions in digital data and technology, CNBC reports. Nike has been one of the first movers in a recent trend of retailers acquiring and investing in mar tech startups. Last month, Nike announced a deal for the inventory optimization tech company Celect, following its 2018 acquisition of Zodiac Metrics, a customer lifetime value analytics provider. “The digital capabilities that we’re creating and investing in are really going to make us a better innovation company – understanding the consumer, serving the consumer, leveraging the innovation that we invest in,” Nike CEO Mark Parker told investors. “It’s all making us better.” More.