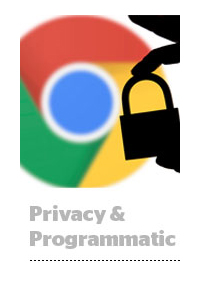 Google Chrome 95, the latest browser version, was released from beta on Wednesday. It won’t make marketers quake in their boots, but this is the first version of Chrome that will allow people to opt in to a reduced user-agent string, which is the data passed to a site operator regarding each user. The reduced UA string would only pass along a few parameters, including the browser type, operating system and whether someone is using a desktop or mobile device. The UA string reduction is part of Google’s efforts to curtail fingerprinting, which is why it strips any user-level insights OS and device. Apple’s iOS 14 privacy update caught the industry off-guard because it was a closely kept secret until the release date, just like new iPhone features. But Google’s march toward Apple-esque privacy protections is more of a quiet drip-drip of small changes. In July, Google zeroed out its Android Advertising ID, switching to an Analytics ID so data cannot be used for user-level ad targeting. And earlier this week the company introduced a data privacy console for Google Play that gives app developers a way to demonstrate how and why they collect data in more detail and using more natural language (with the hope of collecting more opt-ins).

PayPal is considering a deal to buy Pinterest, the social net for sharing images and ideas (clothes, recipes, interior design, etc.), Bloomberg reports. PayPal discussed a valuation of $70 per share, approximately $45 billion for the company. Pinterest stock jumped from $55 per share to the low $60s during the day based on the news. PayPal is in acquisition mode. Already this year, it’s bought the crypto startup Curv and ecommerce logistics company Happy Returns. In 2019, PayPal acquired the ecommerce and consumer promotions tool Honey for $4 billion. But Pinterest would be the crown jewel by greatly expanding PayPal’s addressable reach and giving PayPal a window into trends and content related to online shopping. Pinterest users, dubbed “Pinners,” use the platform as a discovery hub for pre-purchase ideas. Social commerce ambitions are propelling many big shopping companies. A PayPal-Pinterest hookup would be a differentiator from Shopify, for instance, which has social platform integrations, but not its own content fortress. In other Pinterest news, the platform is ponying up a $20M creator fund and plans to expand creator monetization tools. Ad Age has more.

Mondelēz is an early adopter of TikTok. It sees particular value in the platform’s startling capacity to move groceries. Products such as Kind Snack Bars, owned by Mars, and Ocean Spray’s cran-raspberry juice have had viral hits that emptied store shelves. So it’s no surprise big global CPGs are investing, although there’s a lot to learn. TikTok has different dynamics than other social platforms. One TikTok-specific trend is the importance of particular sounds. Kind bars took off not because of a viral post or image, but because people would take a cracking bite of the bar in, say, a museum, library or movie theater. Another factor for Mondelēz is that TikTok users don’t grasp the holding company’s ownership of many brands on the platform, according to Eden Lipke, until recently the associate director of marketing strategy at Mondelez’s social agency 360i. Mondelēz’s portfolio includes everything from Sour Patch Kids, Oreos and Chips Ahoy! to Ritz, Trident gum and Nutter Butter. “It’s like a secret ingredient we can leverage to help boost each other’s videos,” Lipke tells Adweek. Sour Patch Kids ribs its sister companies, for instance, while Oreo and Chips Ahoy! have an ongoing feud that amuses fans.

You can get a degree in …  influencer marketing now? [more info]