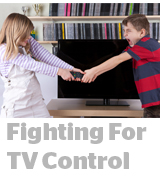 NBCU’s forthcoming Peacock streaming service will launch with an ad-free tier at a price point of $10 per month, as well as a $5 per month limited advertising tier, according to sources at The Information. When it announced Peacock, NBCU touted its commitment to advertising, but the reality is people want options when it comes to paying for content vs. watching commercials. That menu would be similar to Hulu’s, but cheaper. Hulu offers limited advertising for $6 per month and an ad-free tier at $11.99 per month. NBCU hasn’t confirmed the pricing details and likely won’t until early next year. More.

Smartly.io, a Finland-based social ad company and Facebook marketing partner, has sold a majority stake to private equity firm Providence Equity Partners for 200 million euros (around $223 million), The Wall Street Journal reports. Smartly, which is profitable, has technology focused on the automation of ad buying, ad production and AI-fueled decision making. For its part, Providence Equity is starting a little ad tech collection. The firm acquired a majority stake in DoubleVerify in 2017. But why snag a company that helps marketers spend more on Facebook and Instagram? If you have to ask, you haven’t been paying attention for the last decade. As part of the investment, former Publicis exec and current DV board member Laura Desmond will chair Smartly’s board. “Marketers need to be where consumers are, and social channels are where they are spending their time,” Desmond said. More.

Media companies and TV networks have had all of the leverage when it comes to negotiating CTV distribution deals – until now. As platforms like Amazon Fire TV and Roku grow larger, so does their influence in cutting inventory-share deals, Digiday reports. With 30 million users on their platforms respectively, the networks are now starting to need Amazon and Roku to reach their consumers more than the platforms need the networks’ content. And that dynamic is coming out in early 2020 negotiations. “They will throw your app out of the app store if you don’t share your ad inventory,” a media executive said. Platforms are also pressuring networks to buy advertising on their platforms as part of negotiations. Connected TV platforms are basically becoming the new MVPDs,” another media executive said. Smart TV operators, like Vizio and Samsung, are more flexible when negotiating deals. More.