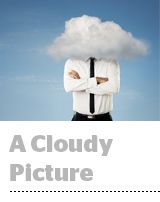 We hear a lot about marketers taking advertising in-house, but now politicians are doing it too. Sen. Elizabeth Warren has hired 300 staffers to produce TV and digital advertising and buy digital ads for her presidential primary campaign, Politico reports. Most candidates rely on consultants or specialist agencies to help them place ads, and often save up their fundraising dollars for a last-ditch TV ad blitz. But Warren is taking a different approach in order to respond more agilely to campaigns in what could amount to the largest in-house media production and buying team in modern politics. Detractors see her approach as more expensive and less reliable. “I’d rather have Jim Margolis [who is working for Kamala Harris] on my side and pay some fees than ‘Larry’ in a cubicle in-house who is learning media buying,” said Republican consultant Mike Murphy. “The truth is, it can work, but it’s expensive to do it in house.” More. On the other hand, Warren’s strategy chief is Joe Rospars, founder and CEO of the liberal media agency Blue State Digital.

IBM’s big plans for Red Hat are starting to materialize. The tech giant bought Red Hat, an open-source cloud application software company, for $34 billion last year, and plans to use the company to springboard into the cloud-computing and data-storage market, which is dominated by Amazon and Microsoft, with Google a distant third. Even after buying Red Hat, the largest ever deal for a business software company, IBM can’t compete on direct terms with the big three cloud services. But IBM will use Red Hat’s open-source roots and partnerships with all the clouds to position itself as the open, impartial option for multi-cloud companies. “Write once, run anywhere,” Red Hat CEO James Whitehurst told The New York Times. Large companies have mainly adopted a “hybrid multi-cloud,” which keeps vendors on their toes and means brands aren’t locked into one walled garden. It’s a risky bet, coming after IBM unsuccessfully tried to break into the marketing cloud business with its Watson Marketing and Commerce group, which it recently sold to private equity. More.

Rewarded video ads have become a key revenue driver for the fast-growing mobile gaming industry. The format is perfectly suited for in-app games, since there’s often a break in the play and there are incentives to maximize engagement, like an extra life, new levels or features. But the broader app ecosystem is missing out on the opportunities of rewarded videos, writes Video Ad News. News and media companies could unlock inaccessible content for video views. Retail and shopping apps can offer loyalty points or credit for deals. There’s also the payback in terms of user experience for rewarded video ads compared to pre-roll or outstream spots that can’t be skipped. There may be fewer impressions overall, but it’s a useful balance between losing the ad revenue and a more loyal long-term user base. More.