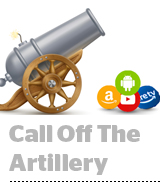 European regulators are circling real-time bidding companies, claiming the online ad framework violates GDPR by passing sensitive information through bid requests without explicit consent. Regulators in the United Kingdom and Ireland are investigating RTB, and Belgium, The Netherlands, Spain and Poland have also reported complaints, according to The Wall Street Journal. While European commissioners have focused primarily on big US tech companies in privacy probes thus far, RTB is different because it exposes user data to thousands of companies in the programmatic supply chain. That immediate exposure of data across multiple sites and apps makes it difficult for ad tech companies to claim legitimate interest as an excuse for data processing. Ad tech industry players also maintain that cookies are fleeting and anonymized identifiers, and shouldn’t qualify as more tightly regulated personally identifying information. “It’s not clear under the GDPR that you can’t use legitimate interest for profiling,” said IAB Europe CEO Townsend Feehan. More.

MDC Partners launched a network spanning the holding company’s data, technology and media services. The network will align MDC Media Partners, which includes agencies like Assembly and Varick, with CRM and addressable content agency GALE. Digital media vet Michael Bassik and GALE founder and CEO Brad Simms will run the network, which combines disciplines in creative, planning, buying and analytics. Bassik will also become CEO of Assembly and oversee MDC Media Partners’ portfolio of agencies. The network, which launches with 600 employees in seven markets, is MDC CEO Mark Penn’s first major move since taking over in March. “Today marks the first in a series of actions bringing together the best talent across MDC Partners into collaborative networks for the benefit of our clients,” he said in a press release. Read it.

A long-awaited detente between Google and Amazon came into effect today, with the YouTube app reappearing on Amazon’s Fire TV OTT platform and Amazon Prime Video launching on Chromecast and Android TV. Amazon still prohibits Google hardware products that compete with Alexa-based smart devices from selling in its marketplace, CNBC reports. Other big tech cold wars have ended amicably too. Amazon and Apple had a bitter feud over the sale of refurbished iPhones by third-party merchants, which Apple said tarnished its brand and pricing. But the two came to a very profitable arrangement last year, when Amazon banished Apple product resellers so Amazon could take over on-platform sales and advertising of Apple devices. More.