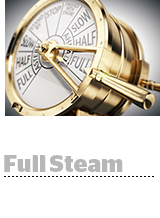 Retired, But Not Resting

Justice Department appeal or not, AT&T is full steam ahead with its advertising platform plans. AT&T’s advertising and analytics group, run by Brian Lesser, officially closed its acquisition of AppNexus on Wednesday. Brian O’Kelley, co-founder and CEO of AppNexus, will report to Lesser and continue to run the business. Read the release. In an email to employees seen by AdExchanger, O’Kelley said in about a month AT&T will debut the branding for its ad platform, which to date has been unofficially referred to as Adco. “We will have a ton to learn about a different part of the media and advertising ecosystem,” O’Kelley wrote. “Most importantly, we will have more resources to help us succeed every day.”

The hex has been lifted. On Wednesday, the remainder of Crimson Hexagon’s customers had their access to Facebook and Instagram data fully reinstated. Although the bulk of its clients were allowed back in at the beginning of August, a few were still under investigation by Facebook. Crimson Hexagon’s apps were suspended from the platforms during an inquiry into whether it had used Facebook data for government surveillance. A Wall Street Journal report in late July called attention to the social analytics platform’s government contracts and the fact that one of its clients is a Russian nonprofit with ties to the Kremlin. Facebook found no wrongdoing. In a blog post, Crimson Hexagon noted that government customers represent less than 5% of its business but that it now understands the importance of “monitoring these government customers on an ongoing basis to ensure the public’s expectations of privacy are met.”

Will streaming media upstarts disrupt cable broadcasting … or become cable broadcasting? According to Variety, Verizon’s 5G broadband service, which it’s testing in Sacramento, Houston, Indianapolis and Los Angeles, will include YouTube’s TV service and an Apple TV set-top device. And Xfinity, Comcast’s cable and internet offering, struck deals with Amazon Prime Video, Netflix, YouTube and Pandora to offer their subscription services with its bundle. “It’s the win-win strategy,” writes The Verge. “But it’s also exactly the content delivery model that has been on offer for decades, merely ported over onto a new platform.”

Under COO Meredith Kopit Levien, The New York Times has shifted its digital ad sales strategy from standard ad placements to strategic corporate partnerships with brands. Kopit Levien inked a $14 million, 15-month deal with Samsung last year which along with ad inventory included an agreement for the Times to use Samsung’s 360-degree cameras in its video journalism. While the arrangements can be profitable (the publisher has since done similar partnerships with brands including GE and BMW), they’re also volatile and prone to dry spells, writes Alexandra Bruell for The Wall Street Journal. In March, the Times attributed a 6% drop in digital revenue to the unpredictability of such partnerships. “It all takes time and thought and work and that makes for a lumpier business,” Kopit Levien said. More.