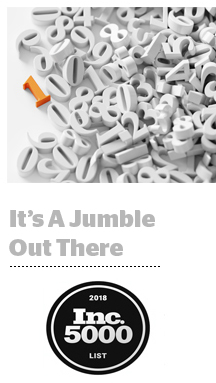 The list, which tracks the three-year revenue growth of indie companies, had numerous social mar tech and mobile marketing platforms with a few newbie programmatic agencies and old-school digital ad companies thrown in. (Click here to check out coverage of last year’s list.)

The ad tech sector is mature, and “growth among the big ad tech companies has slowed,” said Melissa Parrish, VP and group director at Forrester.

“That has been happening for a few years now: Those companies got big and enticing enough to IPO or get acquired, and now the industry is chugging along as part of a much bigger ad tech/ mar tech story with a few large independent players still making their mark,” Parrish said.

But DataXu, whose revenue increased from just over $200 million to $236 million year over year in 2017, didn’t crop up on the list this year, and MediaMath didn’t make the list for the second year in a row.

Others from last year that were not on the list this year include Kepler Group, GroundTruth, LiveIntent, Pulsepoint, Intermarkets and Integral Ad Science, which was notably absent after appearing on Inc’s tally for three years running. (Revcontent and Vistar Media, both on last year’s list, did not submit revenue numbers this year.)

Integral’s nonappearance isn’t all that surprising, though. The company, whose three-year revenue clocked in at $111.7 million in 2017, had been grooming itself for an IPO and was then acquired by private equity firm Vista Equity Partners in June. Companies considering the public market spend a lot of time streamlining their cost structure, and PE is known for cutting costs and trimming fat.

What is striking is that both DIY software solutions such as AdCellerant and TripleLift and digital agencies such as Chacka Marketing and Rise Interactive were represented in roughly equal measure, said Eric Schmitt, a research director and analyst at Gartner.

On the one hand, growth on the software side reflects a trend among brands to take more digital marketing work in house, especially programmatic, he said.

“On the other hand,” Schmitt added, “the number of agencies on the list demonstrates that there will always be room in the market for innovative, services-oriented companies willing to take accountability for solving a brand’s marketing challenges.”

Yet, some companies are transitioning away from services to become more focused on technology – see ad networks, such as Kargo and GumGum – which could actually be what’s driving their growth as they add engineers and salespeople to support the pivot.

The move from services to tech “makes sense given the maturation of marketers themselves,” Parrish said.

But history has shown that it’s a tough transition to pull off successfully, Schmitt said. Services companies aren’t wired with the “software development DNA necessary to make the switch,” he said, and even those that do have the chops to get into commercial software “are often constrained by services-oriented financial models, which don’t readily translate to software development and subscription structures.”

Companies with less of a burden to bear are those in the mobile space, which are well-represented by Liftoff, Mobile Posse, NinthDecimal and Gimbal. Gartner research shows that marketers used an average of 7.4 mobile tactics in their marketing in 2017, up from 5.5 the prior year, and devoted around 12% of their multichannel marketing dollars to mobile.

Video and TV, though, seem underrepresented on the list relative to the growth of digital video, Schmitt said. Expect this segment to make more of an impact on the 2019 survey, particularly as video helps “buoy digital publishers, many of whom are in the enviable position of being able to manufacture and monetize high-value video ad inventory,” he said.

Below are highlights from the survey, including reported and unaudited revenue, ranked in descending order according to three-year growth rate.