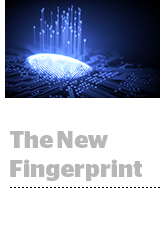 Pulse On The Finger

Banks and merchants are increasingly using online tools to track physical browsing habits on their sites and apps. “The way you press, scroll and type on a phone screen or keyboard can be as unique as your fingerprints or facial features,” writes The New York Times. Some companies use the technology only to weed out malware or automated attacks, which don’t mimic human engagement patterns, but others have amassed millions of profiles that can identify customers based on how they hold and use their phones or computers. Behavioral biometric startups, as the category is known, have attracted serious acquisition and investment interest from major banks and credit card companies, including American Express and MasterCard. But now they’re starting to attract somewhat less-welcome interest from privacy watchdogs and regulators, since most data collection laws, including GDPR, don’t address this type of data collection. More.

Spotify has put itself on track to overtake Pandora, the once-dominant player in the music streaming market, while fending off rival products from the goliath crew of Apple, Google and Amazon. Spotify is projected to surpass Pandora’s 75.3-million-person user base with 76.7 million users by 2020, according to eMarketer. Pandora is estimated to end 2018 with 75.9 million listeners and shrink slowly over the next couple of years, Axios reports. At the same time, eMarketer predicts rapid growth for Spotify, which currently has about 58 million users. More.

New Take On The Holdco

Stagwell Group, an agency holding company started by former WPP exec and Microsoft strategy chief Mark Penn, raised $260 million from private equity firm AlpInvest. Stagwell was founded in 2015 with $250 million in backing and has since made 17 investments with annual revenue at about $400 million, reports Lara O’Reilly for The Wall Street Journal. The new agency operator is on pace to generate $400 million in revenue this year. The holding company model faces pressure from customers, tech companies and consultancies, but Stagwell and other new-age agency networks (see: former WPP CEO Martin Sorrell’s S4 or David Jones’ brand tech venture, You & Mr. Jones) are swooping in with an alternative. More.