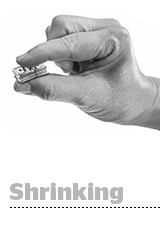 Ad tech shows the hallmarks of a maturing market. Financing for ad tech companies this year is on pace for $1.5 billion, about half what it reached in 2015, The New York Times reports, citing data from CB Insights. Meanwhile, the market is consolidating. The number of ad tech companies has fallen 21% since 2013 to 185, according to LUMA Partners. With AT&T’s purchase of AppNexus, Vista Equity Partners’ majority stake in Integral Ad Science and IPG’s purchase of Acxiom Marketing Solutions, a range of players is making strategic purchases in the sector. The story notes some investors have soured on ad tech, which could put a damper on emerging digital channels such as streaming TV. “There’s still more innovation to come, but if VCs don’t put money into it because they don’t see a path to exit, does innovation stall?” said FreeWheel founder Doug Knopper. More.

YouTube said it will pay creators upfront sums ranging from tens of thousands to hundreds of thousands of dollars to promote new products and features on the platform. The move is part of a continued effort by YouTube to placate frustrated creators and diversify video monetization beyond advertising, Bloomberg reports. This year, YouTube has released paid memberships and a merchandising program, among other features, to keep its creator community loyal as competition heats up from Facebook, Instagram and Amazon’s Twitch, which has subscription packages for influencers. More.

Many Google services on Android devices and iPhones store geodata even when users have selected a privacy setting explicitly rejecting location tracking, the Associated Press reports. “For example, Google stores a snapshot of where you are when you merely open its Maps app. Automatic daily weather updates on Android phones pinpoint roughly where you are. And some searches that have nothing to do with location, like ‘chocolate chip cookies,’ or ‘kids science kits,’ pinpoint your precise latitude and longitude.” Google says these examples are unclear since it collects location data in different ways – as a mobile operating system, smartphone manufacturer, search engine, app provider and app developer network. All of these have different use cases and data collection processes. More. Related: Last year Quartz reported that Google collects Android device locations based on cell tower pings even if users turned off location tracking.