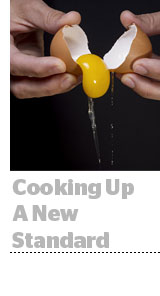 The eight-year-old OpenRTB standard governs how demand-side platforms (DSPs) and supply-side platforms (SSPs) communicate with each other to buy and sell programmatic ads. But bad actors exploited the standard’s holes, leading to domain spoofing, location fraud, in-banner video and other issues.

“OpenRTB had evolved ‘organically,’ with organic not necessarily being a positive thing,” said Dennis Buchheim, SVP and GM of the IAB Tech Lab.

To make the OpenRTB spec more secure, the IAB Tech Lab broke with the old standard, meaning OpenRTB 3.0 is not reverse compatible. DSPs and SSPs must rewrite their code to comply with the new standard.

“The working group saw this as an opportunity to make [the standard] as simple as it could be, clean up things that happened over the years and provide a better path for flexible extension going forward,” Buchheim said.

Since the new spec requires DSPs and exchanges to do the heavy lifting by adapting their technology, it will be beta tested before it’s adopted industrywide.

The part of the spec drawing the most interest from the ad community is Ads.cert, Buchheim said.

Ads.cert builds on Ads.txt to eliminate inventory that falsely purports to be from a site by introducing cryptographic signatures into the bid request. “If you look at the signed bid request and don’t see it, you won’t buy,” Buchheim said. “That closes another loophole in inciting fraud.”

The standard also includes an ad management API that makes it easier for publishers to spot and shut down nonstandard ad creative.

“Any party touching or seeing an ad creative would have access to a standardized set of metadata and could make a decision,” Buchheim said.

For example, it would be easier to spot ad creative with a file size so big that will slow down a page. Publishers will be able to more clearly see if a video ad creative is part of a bid response for a display ad so they can reduce in-banner video. And it will also be easier to track trackers, which can slow down pages or violate a publisher’s rules.

But it’s impossible to predict everything that future programmatic tech will need or need to avoid.

So, the new spec standardizes the names of all bid request and response objects, dubbed AdCOM (advertising common object model). It works across exchanges, OpenDirect, which automates negotiations, and OpenRTB.

Since AdCOM turns every part of bid request and response into a standardized building block, it will also make auctions cleaner by removing pixels or trackers that don’t belong on publishers’ pages.

Due to the significant changes, DSPs and exchanges will have time to implement OpenRTB 3.0. Buchheim anticipates a long adoption cycle.

Anything learned from the beta test will be incorporated into the finalized spec by Q4. Engineers then will look at how to do a “foundational rework” of their products’ code during Q4, when ad tech engineers historically have down time.

If all goes well, OpenRTB 3.0 could go into effect by 2019, Buchheim estimated.