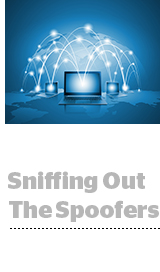 The five largest TV streaming services – Sling TV, DirecTV Now, Hulu with Live TV, YouTube TV and Sony’s PlayStation Vue – total almost 6 million subscribers, The Information reports. The category has grown about 75% since last October, though it pales in comparison to the 92 million people who still subscribe to cable or satellite. Still, that means there’s plenty of potential growth if streaming services cut more cords. And they’re going to need to see long-term growth to cover aggressive spending on programming and future costs. YouTube TV spends on average $9 more on content per month than it charges per subscriber. And as broadcasters consolidate, skinny bundles are struggling to remain skinny. When Discovery merges with Scripps, Hulu will be forced to add the Discovery networks into its bundle. And Sling TV could have CBS forced down its throat by a potential merger with Viacom. More.

Tronc has slashed newsroom staff at the New York Daily News by half and fired its editor-in-chief, Jim Rich. Managing editor Kristin Lee will also leave the paper, The New York Times reports. The Daily News, once one of New York’s most popular tabloids, has been effectively on death row since the struggling paper was snatched by Tronc in September 2017 for a reported $1. Shortly after announcing the cuts in a Monday morning meeting, Tronc sent a memo to employees that said the paper had “not gone far enough” in evolving with the digital world. More.

Twenty-one independent Chinese agencies recently banded together to support a new policy asking brands to pay a small fee for time and resources spent on pitches. Offering a small upfront payment is “a way for brand owners to show respect for hard work, to exchange in good faith, and to seek the best partner,” according to an open letter published by the agencies. The idea seems unlikely to gain traction in China or other markets but does reflect the tough times that have fallen on agencies and agency holding companies, AdAge reports. “More frequent pitches have not only failed to inspire better ideas for solving clients’ business challenges, but have led to more unstable relationships between agencies and clients,” said Josephine Pan, CEO of FCB Shanghai (not one of the 21 agencies to co-sign the letter). “A healthy industry is fewer pitches and more long-term partnerships.” More.