“We think it’s critical [for brands] to own their first-party data, and in order to do that they need to own their own ad tech contracts,” he said. “That’s how they get insight into their customers and connect it to a data strategy across their organization.”

In the United States, data management and data ownership ranked as a leading reason to bring programmatic in house, with 36% of brands citing that as an objective for programmatic in-housing.

But the top two reasons for bringing programmatic in house globally were more about making marketing better and cheaper: increasing campaign effectiveness (42%) and cost efficiency (41%).

Bringing programmatic in house also isn’t an all-or-nothing proposition, with most brands falling on a spectrum of maturity in terms of how much marketing they do themselves. 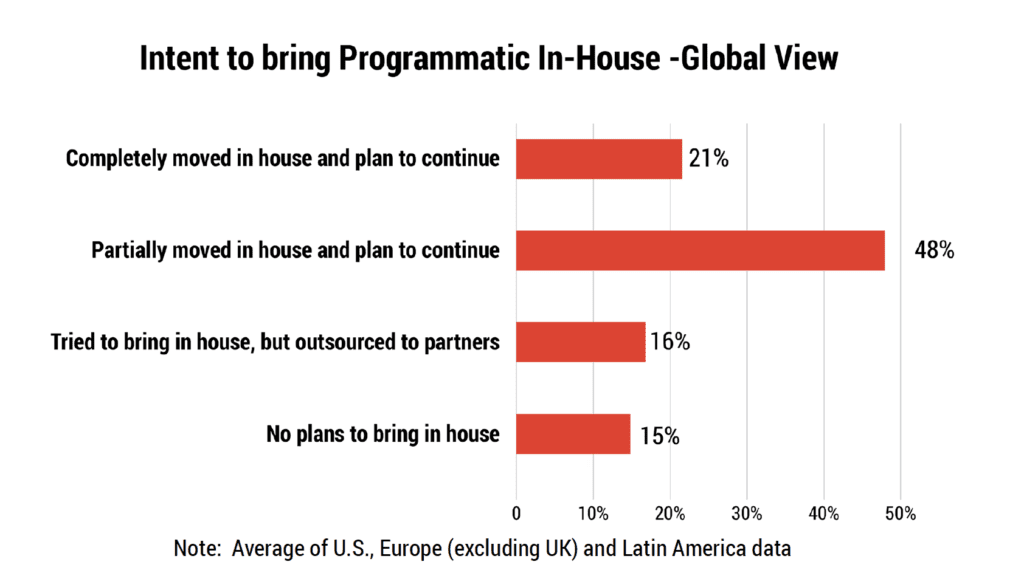 “It’s a long-term journey,” Tieman said, noting that it often takes 18 months or more. Brands must develop a business case for in-housing that supports investments in ad tech and talent. They also often evaluate platforms and consolidate who they work with as part of the process – another time-consuming effort.

The dual effects of the pandemic – which accelerated brands’ move to digital – and the coming demise of cookies should push more brands to in-house programmatic, both Tieman and Richardson predicted.

“The reason you bring programmatic in house is because it makes you nimble,” she said.