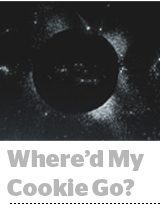 Oh, What A Tangled WebKit

WebKit, the open-source browser technology behind Apple’s Safari, released a beta update for its Intelligent Tracking Prevention (ITP) policy that caps first-party cookie use to one day if the company sending or receiving traffic can track users across sites. Social media networks with site pixels and certain large ad networks are able to see the publisher click ID, which can be associated with a user profile – a workaround that, voila, enables the setting of a persistent cookie. When it comes out of beta, this newest version of ITP would limit retargeting or conversion windows to 24 hours for any traffic from those sources. WebKit acknowledged that there are legitimate use cases impacted by the update, but still won’t allow the practice to happen. “We are obliged to prevent cross-site tracking for Safari users,” WebKit security and privacy engineer John Wilander writes in a blog post. Wilander also has a Twitter thread on the release that’s worth checking out. “Our impression is that many developers never understood it was happening,” he writes. “However, once developers know that their websites are leveraged for cross-site tracking purposes, they can choose to filter out trackers’ link decoration.”

A Tale Of Two Agencies

WPP and IPG both reported Q1 earnings on Friday, with very different results. IPG’s revenue grew to $2.36 billion in the quarter, up 6.4% from last year. IPG is up 5.7% in the United States while other top holding companies are losing ground. IPG’s gains could be thanks in part to Acxiom, which CEO Michael Roth said was part of a major media pitch the agency recently won – and it’s still early days. “We haven’t even rolled out the opportunities we see with Acxiom yet,” he said. Read the release. But over in WPP-ville, revenue dropped 1.3% to $4.6 billion in Q1. In North America, WPP’s revenue was down 8.5%. WPP has made progress on its turnaround plan, with VMLY&R adding $56 million in new business in the first six months since its merger, but the holding company is still feeling the pain of major client losses in 2018. “We suffered disproportionately from clients like Ford, while they still remain our largest client,” CEO Mark Read told investors. Read the release.

MediaMonks is boosting its creative production capabilities with the acquisition of film studio Caramel Pictures. Last July, the Amsterdam-based MediaMonks became the first company acquired by S4 Capital, the agency holding co-founded by Martin Sorrell. The integration of creative and programmatic media execution has been S4’s stated goal since the beginning – and the reason behind MediaMonks buying Caramel is no different. “In a time where the average online video is watched 2 to 6 seconds, high-end product and packaging shots are getting increasingly more important,” MediaMonks CEO Victor Knaap tells The Drum. “By joining forces with Caramel, we can now shoot, produce and deliver the best quality content for food and beverage brands – all produced under one roof and fit for every platform and format.” More. Not to be left out, programmatic agency MightyHive (and S4’s second acquisition last year) made a little acquisition of its own: ProgMedia, a Brazilian-based programmatic solutions consulting firm. Read the release.