EMarketer: TV And Bloomberg Will Fuel Political Ad Spend This Year Criteo Expects 10% Revenue Drop In 2020, As CEO Clarken Lays Out Survival Plan Has The IAB Lost Its Way? With Google’s Latest Policy Change, Publishers Feel Control Slipping Away How LiveRamp Plans To Win After ‘Seismic Impact’ Of Chrome And Regulatory Changes Facebook Is Killing Off Its Web Supply In Audience Network – And Don’t Be Surprised If It All Shuts Down Dynamic Yield CEO On How Retailers Can Catch Up With Digital Personalization Smaato Brings On Fourth CEO In A Year And Lays Off 10% Of Staff How Pepsi Proves It’s Worth Going All-In On Super Bowl Marketing
» 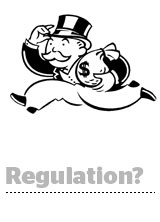 “We are going to have to decide fairly soon whether Google, Facebook and Amazon are the kinds of natural monopolies that need to be regulated, or whether we allow the status quo to continue, pretending that unfettered monoliths don’t inflict damage on our privacy and democracy,” Jonathan Taplin writes for The New York Times. If platforms were treated as regulated monopolies, Google, for example, would license patents to use its search algorithms or ad exchanges for a small fee, like AT&T once did for the telecom industry, Taplin writes. Read it. On the other hand, the last decade’s would-be monopolists (Microsoft, Yahoo) were stymied by the next big thing.

On the tails of its 2016 ReachLocal acquisition, Gannett has acquired SweetIQ, which manages location data, consumer reviews and offline attribution for local businesses. The asset will be integrated with ReachLocal, which Gannett has now rolled out in all 109 markets where it operates. More at (Gannett-owned) USA Today. Is the small biz market ready for its big date with data? See also Yext’s bubbly IPO.

Two years on, Turn’s battle with the FTC over its use of zombie cookies to target opted-out Verizon wireless customers has finally run its course. Turn must provide an “effective opt-out” for consumers who don’t consent to targeted advertising and place a “prominent hyperlink” on its home page pointing to a privacy disclosure, the FTC said. “The FTC consent order bars Turn from misrepresenting the extent of its online tracking or the ability of users to limit or control the company’s use of their data,” the FTC wrote in a press release. Read it.

The idea of the “right price” is changing every day. Sometimes even many times a day. Take Amazon, which boggles consumers by offering prices that seem to be “vibrating between two quantum states,” writes The Atlantic. The variable costs you might associate with hotels, airlines and Uber surge pricing are being applied to ecommerce and advertising in powerful and concealed ways. A lot of Amazon’s glitch-like oscillations are just testing in pursuit of a theoretically ideal price. More.